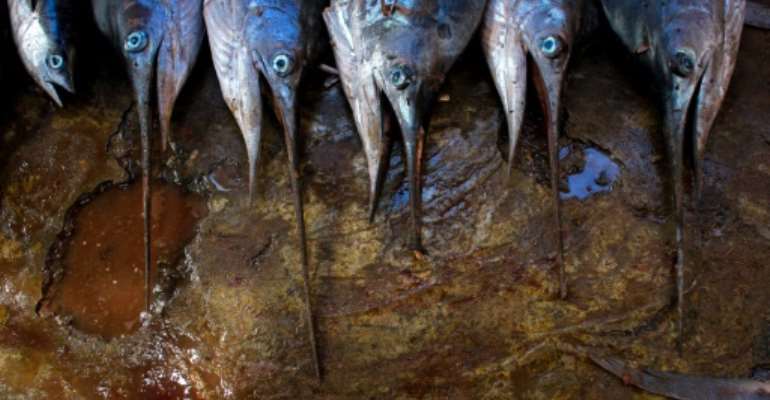 12 HOURS AGO  AFRICA
Fishing is a major contributor to Namibia’s export earnings. By STUART PRICE (AFP)

Two Namibian ministers resigned on Wednesday following a Wikileaks report exposing alleged corruption in the fishing industry, released as the country readies for a presidential election later this month.

Iceland-based multinational fishing company Samherji is suspected of bribing senior Namibian officials for continued access to the country’s shores, according to documents published by Wikileaks on Tuesday.

They stepped down “following press and media reports in which allegations of corruption have been made against” them, he added.

Samherji has denied any wrongdoing, saying it had “nothing to hide”.

The scandal surfaced during the last leg of campaigning for presidential elections on November 27, in which incumbent Hage Geingob is vying a second five-year term.

Wikileaks said Namibian authorities have been investigating the case for almost a year.

The whistleblower was tipped by Samherji’s former country director Johannes Stefansson, who came forward to testify about the company’s activities.

He cooperated with the police and anti-corruption authorities, Wikileaks said.

“We are deeply shocked that Johannes Stefansson not only admits being involved in illegal activities, he is now also making allegations against colleagues,” said Samherji CEO Thorsteinn Mar Baldvinsson in a statement on Tuesday.

Fishing is one of Namibia’s key economic sectors, second to mineral mining.

The vast southern African country is second in aridity to the Sahara desert, with mobile dunes and sandy plains stretching along its 1,500 kilometre (930 miles) coastline.

That coast is home to a vibrant fishing and fish processing industry that has contributed to around 20 percent of export earnings since 1990.