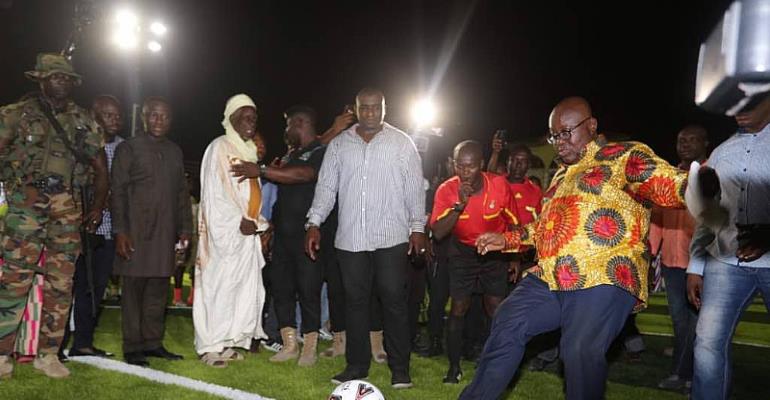 President of the Republic of the Ghana, His Excellency, Nana Addo-Dankwa Akufo-Addo has commissioned a mini stadia which doubles as a community center for the people of Shukura (Losso) a suburb of Ablekuma Central Constituency.

The state of the art artificial Park constructed by a solely owned Ghanaian Company – Wembley Sports Construction Company Limited, the leading name in artificial Turf Construction and Management in Ghana .

Addressing a durbar which was highly attended by Ministers and deputy ministers of State, Members parliament, Traditional and religious leaders and some supporters of the ruling New Patriotic Party, His Excellency the President, drum home the point that a legislative instrument which will reconstitute Ablekuma Central into a Municipality has been laid in Parliament and it’s only a matter of time, Ablekuma Central will become a Municipality.

The president called on the chiefs and people in the area to continue believing in his government because his administration will surely honor all their promises- “ Every single community, wherever they are, whoever they are, will benefit from the good policies of the NPP government which is in office today; That is my wish and my heart desire across the country.”

The president further said that, the Zongo development fund is in operations and his government will continue to promote and support development in Zongos and inner Cities. He then unveiled the plague which honored several individual and groups that had contributed in getting Ablekuma Central their first artificial Football Park.

(100) artificial Football Parks in 2019. Robert Coleman outlining some challenges such as blocking of roads when people are having funerals and non-availability of playgrounds commonly found in Zongos and Inner cities will be outdated. He then called on Corporate organizations and Individuals, Members of Parliament, Municipal and District Assemblies to come on board for the execution of the project “ One Constituency, One artificial Football park” as the realization of such a project will help unearth football talents, protect players from career threatening injuries, curtail juvenal delinquency since the youth will find a common and accessible playground.

As this becomes a very good avenue for generating internal revenue for the assemblies, table to businesses around the park will also find means of livelihood.

Speaking to the press after the commissioning, Hon. Lord Commey, the master planner of the project, said he feels proud that the people of Ablekuma Central can now also boast of a better playing field – Lord’s Wembley Plus. The project comprises of the artificial Football Park, Spectator Stands ( 450 seater), Flood Light, Inner Perimeter Fencing, reserve bench, two separate changing and Washrooms ( team A and Team B) , VIP sitting area, a Gym, Conference area and Offices.

This commissioning forms part of the President’s Greater Accra tour, a promise he has made to visit all the regions in Ghana at least ones every year. 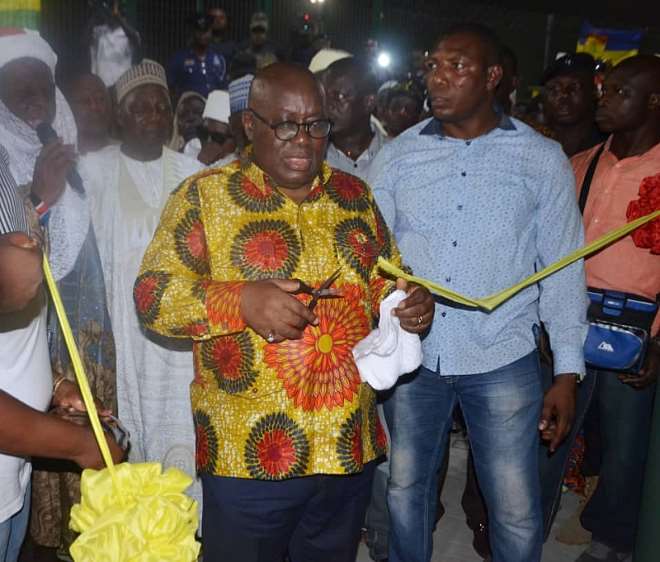 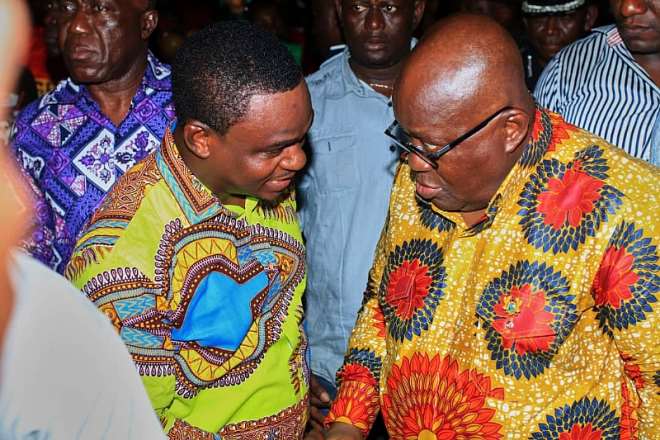 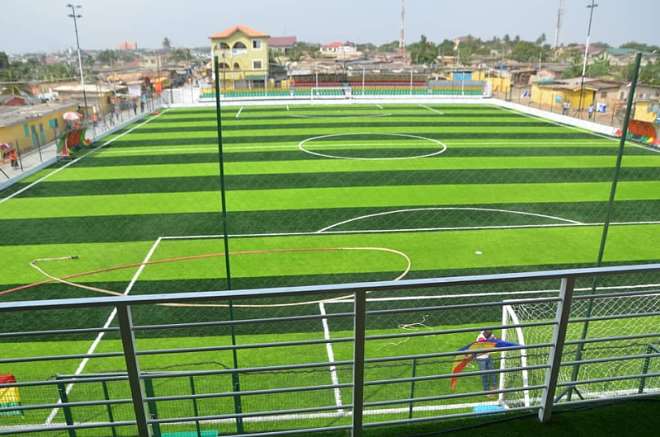 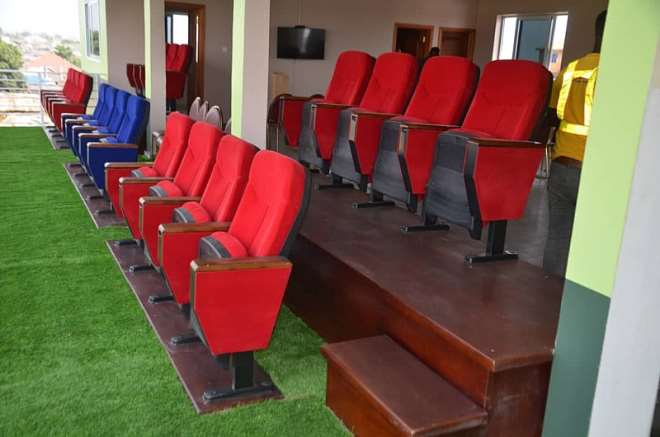 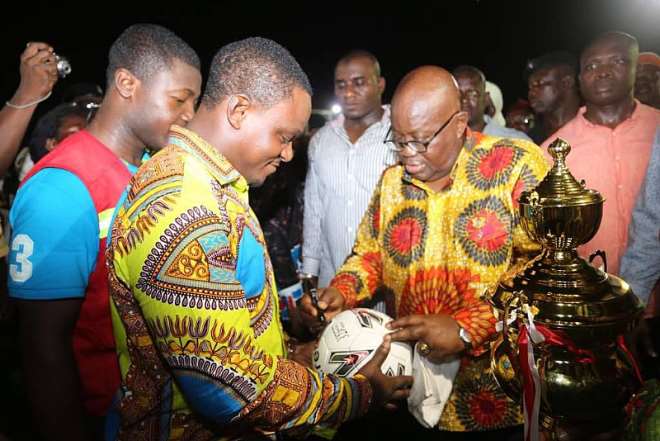 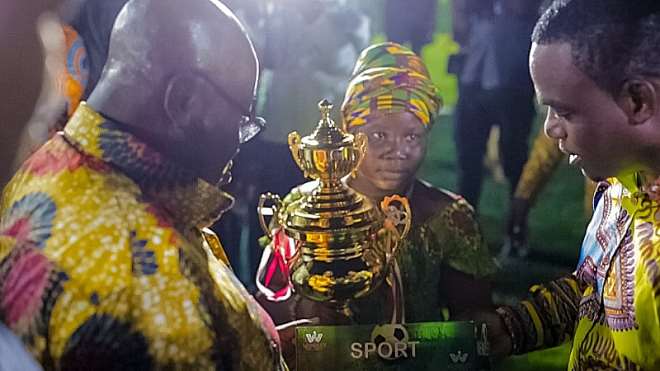 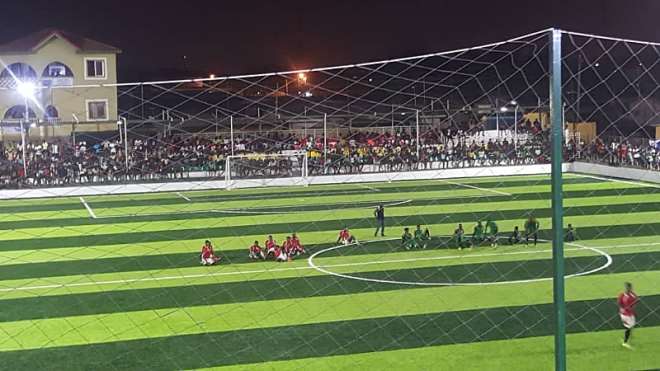 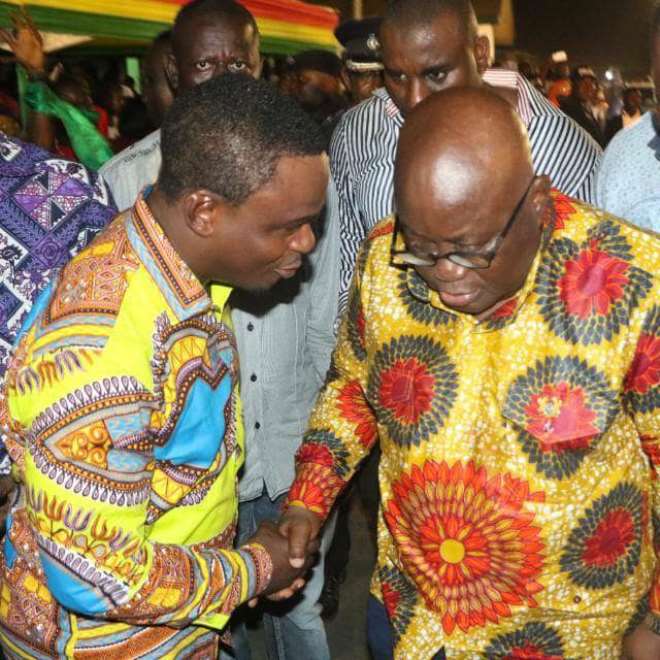 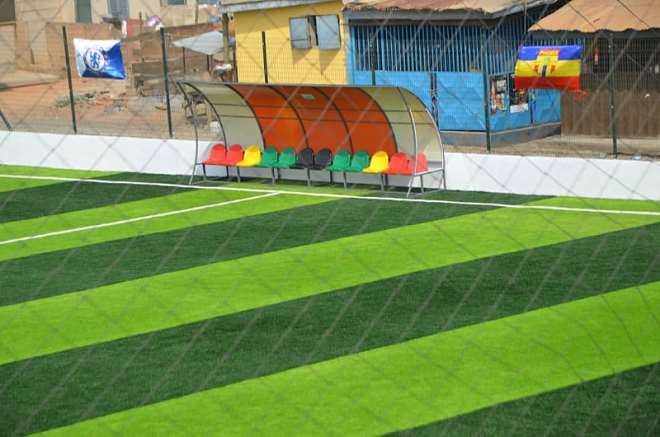 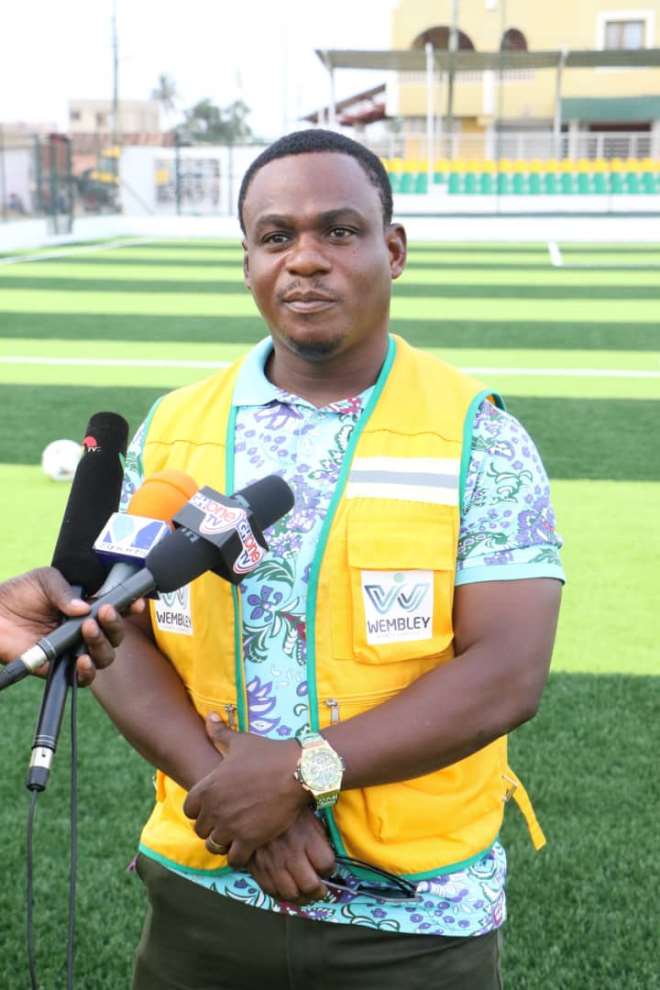 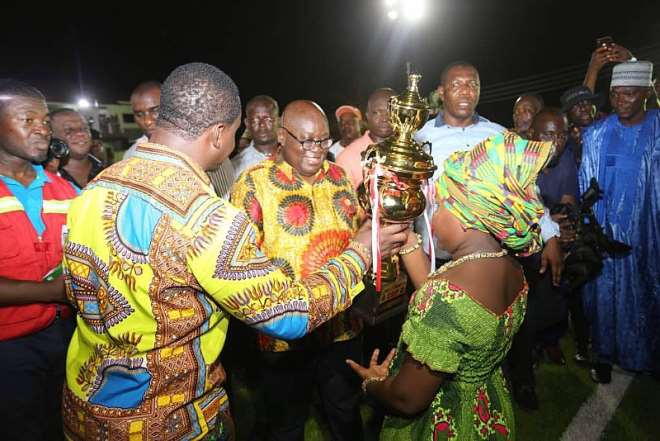 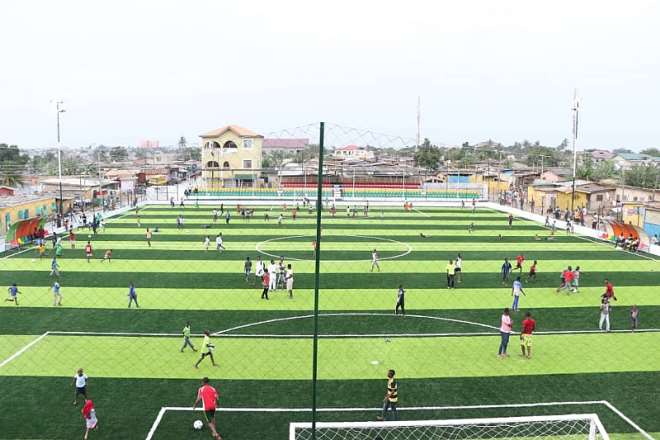 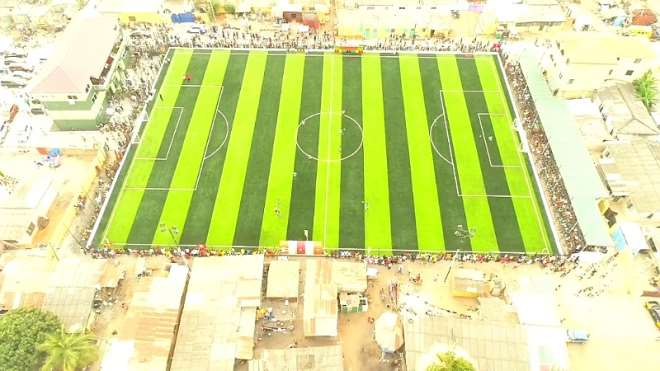 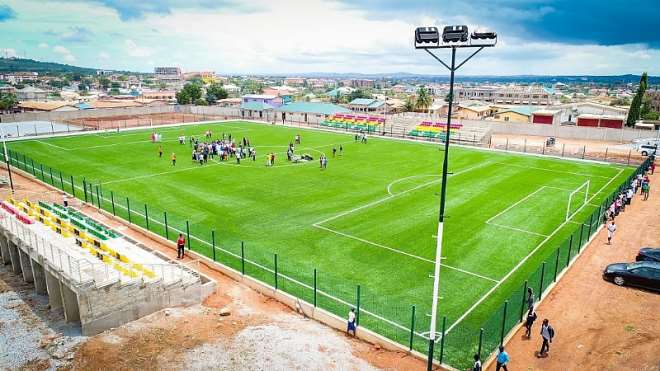 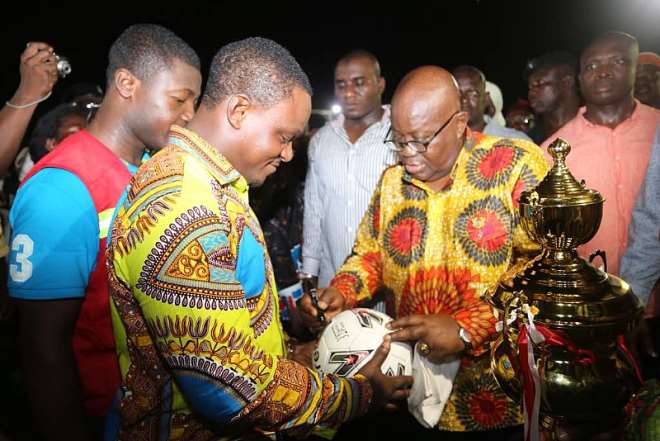