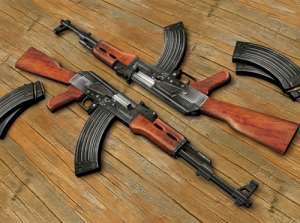 The counterterrorism unit of the Ghana Police Service is said to be tracking the shipment of some 59 AK-47 assault rifles from Accra to Walewale in the North East Region of the country.

North East is among the six newly created regions of Ghana.

DGN Online is yet to Independently verify the report claiming that investigators from the above unit were tracking the shipment.

According to report, three men have already been arrested in a special operation carried out at Ablekuma Nsakina.

It is still unclear the motive behind the alleged shipment of the weapons.

The Northern part of Ghana has witnessed some armed conflicts in recent past, resulting mainly from chieftaincy and land disputes.