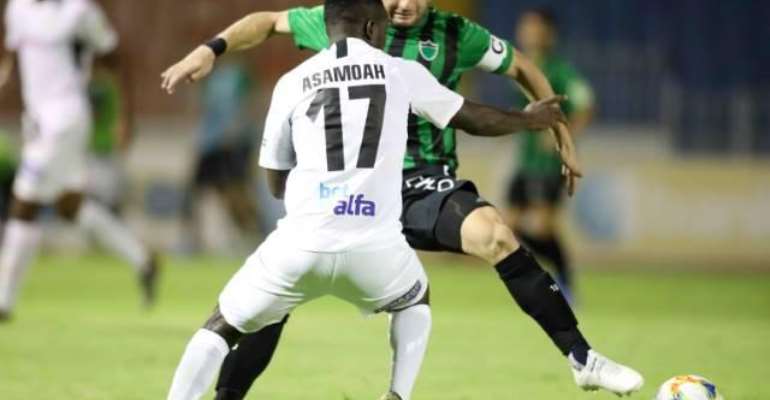 Ghanaian international Benjamin Akoto Asamoah was on target on Sunday, September 1, 2019, as his Doxa Katokopia side drew 1-1 with Olympiakos Nicosia at the Makario Stadium.

The two Cyprus clubs met on match week two of the Cypriot First Division as the season begins to take shape.

Following a pulsating encounter, however, both sides had to settle for a point apiece after failing to outscore the other.

Benjamin Akoto who is a former player for Spanish La Liga side Atletico Madrid opened the scoring to give Doxa the lead with a fine equalizer on the 7th minute. He went on a blistering run before firing a thumping effort into the back of the net.

Despite holding on to the lead for the remainder of the first half, the away side finally conceded on the 55th minute. Olympiakos Nicosia attacker Georgios Economides found the back of the net to ensure the match ended in a draw.

Benjamin Akoto played 86 minutes of the game before he was substituted and replaced by Vasilios Papafotis. Having opened his goal-scoring account in the ongoing season, he will be hoping to bang in more as the campaign goes on.

Watch Akoto’s goal in the video below