An unexploded grenade was discovered on Noorderlan avenue at Antwerp harbour early on Wednesday morning.

The device, which was discovered at around 7:00 AM, has been removed from the area by DOVO (Office for the Disposal and Destruction of Explosive Equipment), who arrived on site shortly after it was found.

Noorderlan avenue is closed off to traffic approaching from both directions between Ekersedijk and the Zomerweg, according to VRT.

It is not yet clear where the grenade came from.

Earlier this week, on Monday, a grenade exploded on a street in the Borgerhout district in Antwerp.

#Belgium | This week 2 #grenade incidents occurred in #Antwerp. On Monday, a grenade exploded on Guldensporenstraat causing no casualties. On Wednesday, another hand grenade was found on Noorderlaan near the port. @PZAntwerpen #crime 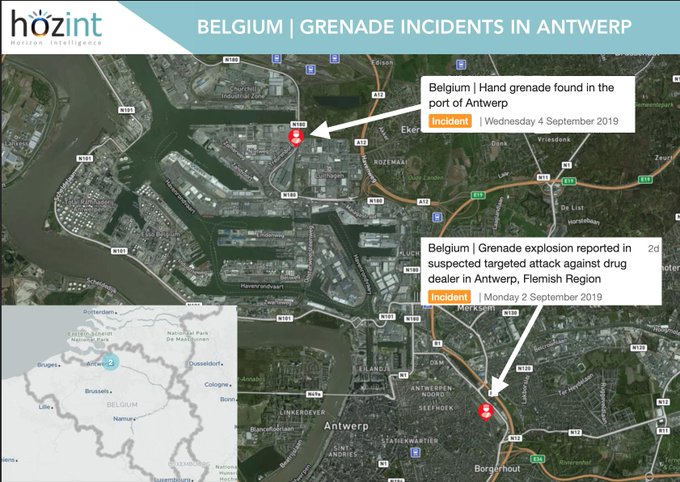