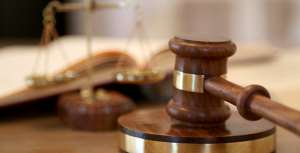 Two illegal miners who unlawfully entered and mined in Desire Forest Reserve at Nimasua Camp Two, near Manfo in the Ahafo Ano North Municipality, have been sentenced to three years imprisonment each, by the Nkawie Circuit Court.

Akwasi Yeboah, 42, and Kwame Yeboah, 41, pleaded guilty and were convicted on their own plea.

Police Inspector Jonas Newlove Agyei told the court presided over by Mr Michael Johnson Abbey, that the two were arrested by a team of forest guards and police officers in the forest reserve on July 09, this year.

He said four motorbikes and other mining equipment were impounded during the arrest.

The prosecutor said the two, in their caution statements to the police, admitted the offence and they were charged and brought before the court.