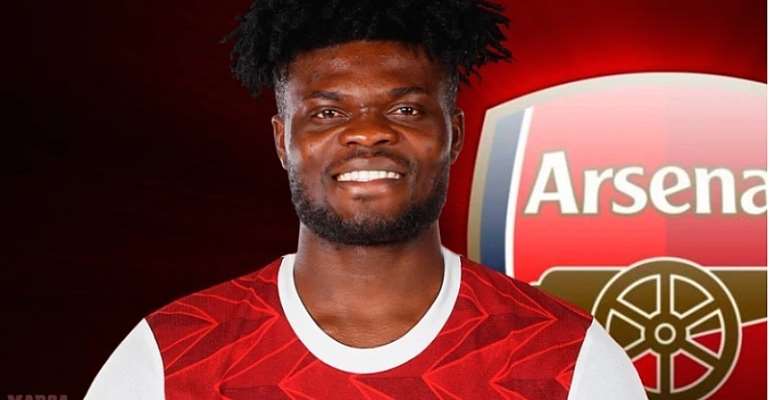 Youth clubs played by Thomas Partey namely Odometah and Tema Youth will receive $2.25 million from his move to Arsenal

Partey completed a sensational switch from Atletico Madrid to Arsenal for a 50 million euros deal on transfer deadline day to end a protracted deal.

The 27-year-old who played his youth football for Tema Youth and Odometah before getting a breakthrough to earn a deal abroad with Atletico Madrid are entitled to 5% of the transfer sum, which will amount to $2.25 million as training and compensation fees.

According to the Training Compensation section which is found in Article 20 of the FIFA transfer regulations:

Tema Youth will be covered under the Solidarity Mechanism in Article 21 of the FIFA transfer regulations which states that:

“If a professional is transferred before the expiry of his contract, any club that has contributed to his education and training shall receive a proportion of the compensation paid to his former club (solidarity contribution). The provisions concerning solidarity contributions are set out in Annexe 5 of these regulations.”

The 27-year-old joined the youth side of Atletico Madrid in 2013 from Tema Youth and after two loan spells with Real Mallorca and Almera, before finally returning to Diego Simeone’s side in 2015.