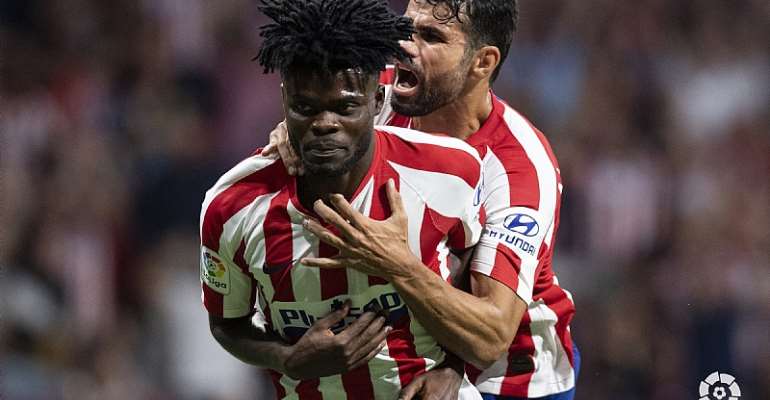 The 26-year-old climbed off the bench to grab a late winner for the Rojiblancos as they clinched a late 3-2 win over Eibar to climb top of the La Liga table.

“We suffered at the beginning of the match, but the team never stopped believing. After the second goal, everything went great for us,” Partey said after the game.

Diego Simeone’s side had kept clean sheets in their opening two games but fell behind in the seventh minute to a headed goal from 35-year-old striker Charles and defender Anaitz Arbilla doubled Eibar’s lead with a deflected effort in the 19th.

Atleti’s 126 million-euro signing Joao Felix pulled the home side back into contention in the 27th minute by scoring his first La Liga goal for the club, side-footing a simple pass from strike partner Diego Costa into the net from close range.

Vitolo, the match-winner last week at Leganes, grabbed the equaliser early in the second half with a cool finish into the bottom corner and Costa had a strike ruled out for offside.

But Partey snatched a winner with a late show of strength and determination to fight off two defenders in the box before smashing the ball into the net, making Atletico the only team in the Spanish top flight to have won all three of their games.