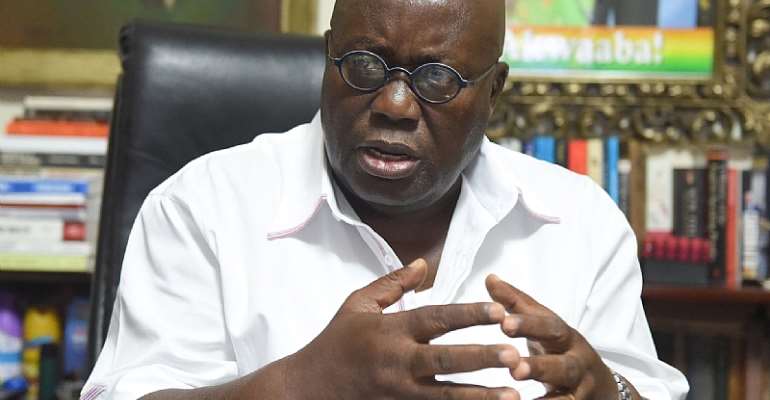 In a politically active country like ours, the fight against corruption can only be a mirage. The institutions setup by the 1992 constitution for such purpose lack the independence to do so. Such organizations have rather been reduced to political puppets doing the bidding of the government of the day; mostly witch-hunt expedition.

In instances where few individuals refuse to be used as hypocritical tools to fight corruption, they’re either asked to proceed on indefinite leave or set up in a scandal that leads to their exit. These hidden mafias are doing us more harm than good.

Politicians are not committed to fighting corruption. They will not destroy what feeds them with power! That is evident for all and sundry to know with the happenings in our country since independence.

Whether or not we will the fight against corruption is not about who is in or out of power, it’s a collective decision we must take as a people to deal with the phenomenon head-on.

The power of the president to hire and fire heads of such supposedly independent institutions must be taken away. Such institutions should have autonomous board of directors made up of captains of relevant industries with the integrity to live up to the task.

For instance, an appointment to the office of auditor-general or special prosecutor should not be done by the president but a board with limited political representative.

Our parliament must be made up of an anti-executive majority.

The president of the day should not have a majority in parliament. This will enhance the stringent checks and balances we need our legislative arm of government to perform on the executive. Parliament in the fourth republic has always been a rubber stamp for anything the executive submits to the chamber. There has been very little scrutiny of the relevant clauses in bills presented to the house because all that some of our elected members of parliament do is to wait for the voting stage and give a resounding YEAH YEAH to a bill they may not even understand or did not take time to scrutinize. The reason is simple, it’s our party agenda! This agenda-pushing will take us nowhere.

In summary, the fight against corruption goes beyond setting up institutions to making pragmatic efforts towards attaining results. The hiring and firing power of the president must be scraped off which implies an amendment to the constitution.

Citizens must vote for an anti-executive majority in parliament to enhance checks and balances. These are the few but the surest way of making gains in our fight against the canker of corruption.