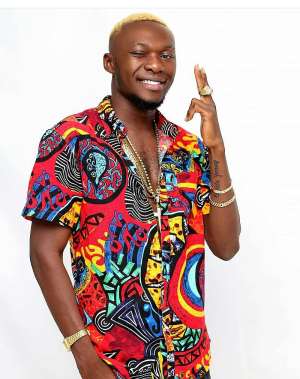 TEFLON FLEXX, ONE of the greatest artistes from the Northern part of Ghana, born Akaateba Christopher who recently cleared the air on his nationality has served the world with his new single dubbed ‘Oreo.’

According to the young Ghanaian artiste, the title of the song was inspired by the sweet biscuit called Oreo, which he was compared to by a lady he met during one of his travels, from the North to the South of Ghana.

The young artiste who has cautioned Fancy Gadam to support young artiste in the North, has said that he is not Nigerian he said “People have a huge misconception of me being a Nigerian artiste, Nigeria is a great country but i am a proud Ghanaian from Upper East, I speak Buli so am a Bulsa boy.”

Most of his fans also say, his accent and his music style represent that of a Nigerian than Ghanaian.

Teflon Flexx has released hit songs like ‘Murder’, ’Eskebelebe’ which he which featured Dopenation and was produced by twist of Dopenation and his recent single ‘Oreo’.

The song had Fadilan and Maccasio as featured artistes and video directed by T Baba studio 23. ‘Oreo’ is available on all online music shops.