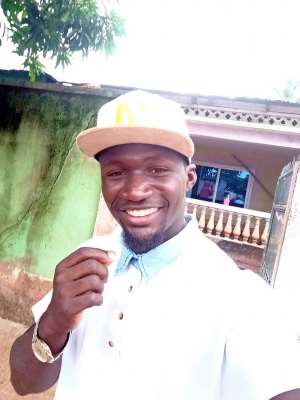 Information reaching DGN Online indicates that one Abdul- Halim has been shot to death by an unknown gunman at Nyanshegu in the Northern region on July 1.

The deceased met his untimely death when he attempted to rescue a girl from the gunman who wanted to forcibly have sexual intercourse with her.

The body of the deceased has been deposited at the Tamale Teaching Hospital’s mortuary for autopsy.

Meanwhile, the girl, who was shot in the leg is in a stable condition responding to treatment at the Tamale Teaching Hospital.

She told journalists at the Tamale Teaching Hospital that she and her little sister were sleeping in the room when the gunman entered.

According to her, the gunman told her that he wanted to have sexual intercourse with her and threatened to kill them both if she refuses but she pleaded with him and told him that because of her little sister they could go outside with the intention that when they go outside she could cry for help.

She narrated that the gunman agreed and that when they got outside she shouted which prompted the gunman to shoot her in the leg.

The victim said Abdul- Halim heard the gunshot and rushed to the scene which resulted in he being shot by the gunman who then escaped.

The Northern Regional Crime Officer, Supt. Otuo Acheampong who confirmed the incident to DGN Online said police have visited the scene adding that investigations have commenced to apprehend the suspect.

He, however, called on residents to volunteer information to assist the police apprehend the suspect.