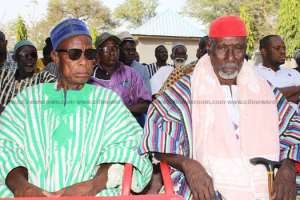 The paramount chiefs of the Sherigu and Sumbrumgu traditional areas in the Bolgatanga Municipality of the Upper East Region have unanimously agreed for the Bolgatanga airport to be located at Sumbrumgu-Anateem or Sherigu.

The construction of the Bolgatanga airstrip started around 1991 at Sumbrumgu-Anteem but stalled until 2017 when the government announced plans to continue the project.

But in 2018, the then Aviation Minister, Cecelia Dapaah hinted that the project will be relocated to Sherigu which led to a misunderstanding between the two communities.

At a joint press briefing of journalists in Bolgatanga, the paramount chiefs of Sherigu and Sumbrumgu, Naba Aluman Apasinaba and Naba Aberese Atogumboyinga dispelled claims that the communities were divided over the siting of the project.

They called on the government to expedite action on the construction of the airport at either Sumbrumgu or Sherigu.

They are optimistic that a well-established airport in the region will create jobs for the youth and boost the local economy of the area.

“We are gathered today because of the issues surrounding the siting of the Bolgatanga airport. For years now, government decided to commence works on the Bolga airstrip at Sumbrumgu and later the project stalled. But later we heard the project will be moved to Sherigu without proper consultation of the Chiefs of Sherigu and Sumbrumgu and this led to the misunderstanding amongst us. We want to declare to the public that the rumours circulating in the public that the people of Sherigu and Sumbrumgu are divided over the siting of the Bolga airport is not true,” Naba Aluman Apasinaba said.

“The people of Sherigu and Sumbrumgu are therefore telling the government that there is no misunderstanding between us in the siting of the Bolga airport at Sumbrumgu-Anateem and if there is technical proof that the site is not conducive for the construction of an airport, the government should immediately move the project to Sherigu,” Naba Aberese Atogumboyinga stated.

Terabuuriyele, a non-profit organization which facilitated the resolution of the two communities commended the communities for burying their differences to pave way for the development of the region.

A member of the group, Naba Paul Agoo said, “They all agreed that they don’t have a problem wherever the airport is sited they are for it. They have also reiterated that they are one family and the project should come on.” 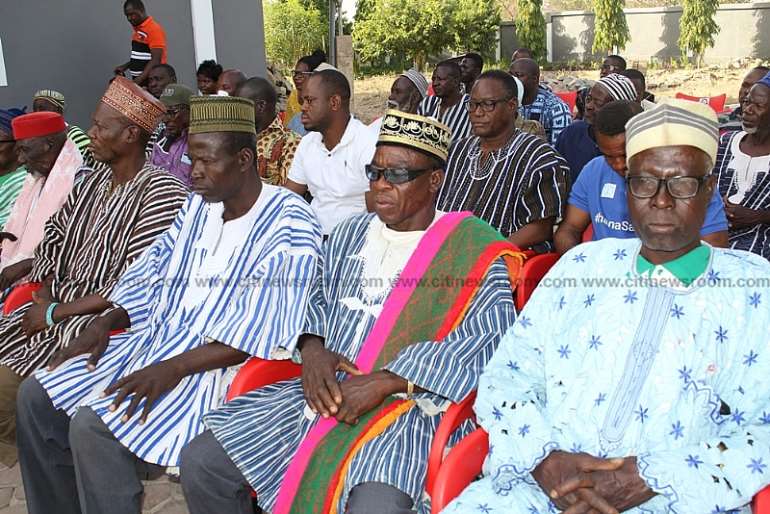