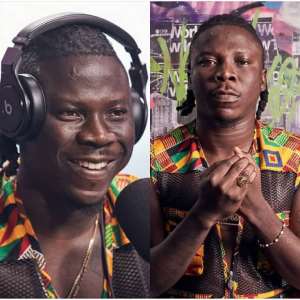 Stonebwoy has announced that his new album will be released in 2020. He made this known when he was speaking to Ibrahim Ebro Darden , a popular American media executive and host of Apple’s Beats 1 music radio station.

He noted that he justed released Kelvyn boys EP thus he is promoting it while releasing singles.

Stonebwoy introduced and premiered his much anticipated single dubbed Tuff seed during the interview.