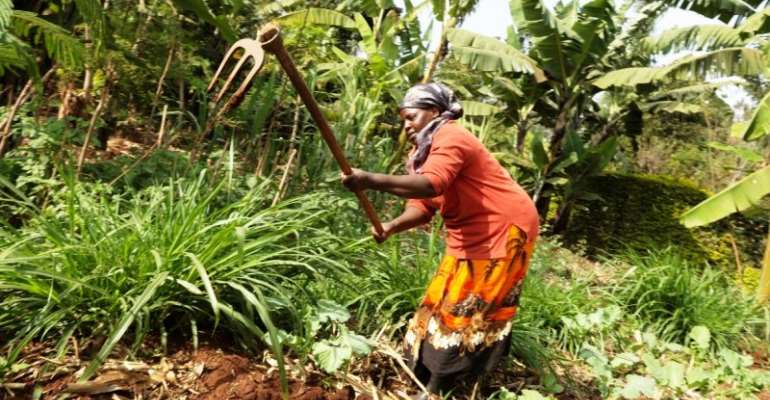 Nisreen Eslaim, a young woman from Sudan who actively participated in the Peoples’ Revolution which triumphed over a 30-year autocracy, shares a devastating story that is phenomenon turning more challenging than winning the democratic struggle.

People in her country are faced by another catastrophic ecological crisis of monumental proportion, which has already killed over 60 people and destroyed 37,000 homes.

Nisreen is now very worried that though the people had capacity to mobilize themselves to rise against tyranny, their capacity to defeat the weather-inspired floods, which have become frequent, is diminished.

She wonders why the “Loss and Damage” framework she has heard in UNFCCC Negotiations has not helped her people.

“These are just some of the voices from people, generally fatigued by endless negotiations, conferences and declarations which end up gathering dust on the shelves of our ministries as the inaction on climate change, from national to international level, lingers across the board,” said Mithika Mwenda, Executive Director of the Pan African Climate Justice Alliance (PACJA).

Such concerns are being raised at yet another Conference on Climate and Development in Africa (CCDA-VIII), holding in Addis Ababa, Ethiopia, on the theme: “Stepping Up Climate Action for a Resilient Africa: a Race We Can and Must Win”.

“Do we need to be meeting year after year, making declarations which we do not honour?” Mithika quizzed, while re-echoing the request of the UN Secretary General for leaders to talk less and limit themselves to concrete actions they can take to address climate change.

The action portfolios include the mobilization of public and private sources of finance to drive decarbonisation of all priority sectors and advance resilience; accelerate the shift away from fossil fuels and towards renewable energy; reducing emissions; advancing mitigation and resilience at urban and local levels; and advancing global efforts to address and manage the impacts and risks of climate change, particularly in those communities and nations most vulnerable.

The vulnerability of the African continent to the effects of climate change is no longer in doubt, with cyclones, floods, mudslides, massive erosions and drought all affecting masses within the continent.

Some of these effects of climate change can directly be linked to conflict, displacements, deaths, reduced agricultural activities and disease, all which have direct impact on economies of each nation.

According to Ahmed Shehu, Regional Coordinator of the Civil Society Network of Lake Chad Basin, over 30,000 people have lost their means of livelihood to climate change which affected the Lake Chad Basin.

He says the water at the Lake Chad had been shrinking daily and over 70 million people who relied on it for their livelihood were being affected and at the risk of also losing their means of livelihood.

“And the insurgency contributed to it because people can no longer have access to the water because of trans-border issues, and it is causing drought, feminine and desertification,” he said.

With the recent climate impacts of Cyclone Idai and Kenneth in Mozambique, Malawi, Tanzania and Zimbabwe, droughts and floods in KwaZulu-Natal and Eastern Cape; it is obvious that many African countries are just a step away to a natural disaster of sinking into a circle of poverty and prolonged lack of social and economic opportunities caused by the effects of climate change.

“We challenge our leaders to walk the talk, and lead from the front,” said Mithika, in furtherance of the quest to step up climate action for a resilient Africa, and indeed globally, and to win the race.

PACJA has worked with the Pan African Parliament to advance cooperation, which has crystalized into the African Climate Legislation Initiative (ACLI), an innovative and unique arrangement for the African context. This will enable African civil society and governments to work jointly to pursue shared vision of responsiveness to the health of the planet and the concerns of future generations.

“We as the civil society reaffirm our commitment to work with all Actors, as long as this aligns with the aspirations and expectations of Africa’s people. In all successive negotiation outcomes,

Africa has lost due to our inability to stand firm, and due to our susceptibility to forces of manipulation, intimidation and carrot-dangling,” said Mithika.

The vulnerable people on the African continent can only keep hoping that the unity of purpose that brings climate actors to CCDA will contribute to a process which will shape the future of humanity and health of the planet.