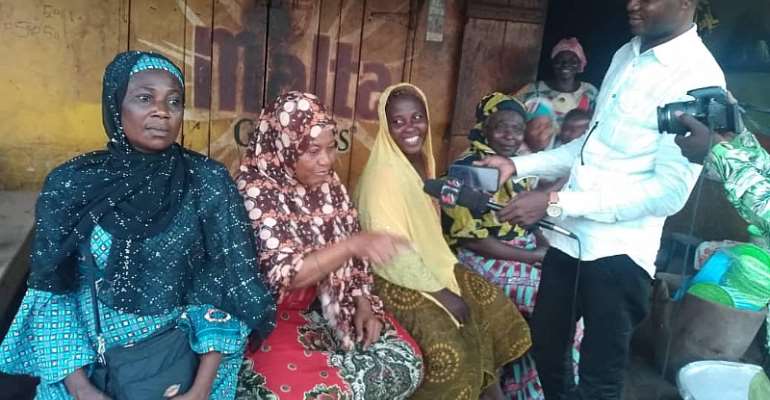 Traders at the Aboabo Market in Tamale have waded into issues driving the impending referendum sharing different perspectives as to how a ‘Yes’ or ‘No’ vote will impact their operations.

Many of them appeared not well-informed about what the referendum entailed, and others considered it as a vote of confidence in the government, but majority of them had taken entrenched positions on how they would vote during the exercise.

Women selling Tuo Zaafi (TZ), men selling grains, and smock sewers at the market shared those perspectives in separate debates dubbed: “media rant”, held at the Aboabo Market in Tamale to gauge stakeholders’ understanding of the referendum as well as educate them on the issues driving it.

It was organised as part of the “Referendum We Want” project, being implemented by NORSAAC with funding from STAR Ghana Foundation to amongst others influence national level discourse and actions using evidence from the north.

Mr Abu Saddick, a Smock Sewer and Seller said a ‘Yes’ vote would help accelerate local development urging all to support the government by voting ‘Yes’.

Madam Issah Ayishetu, TZ Seller, on the other hand, stated that “even the elected government is struggling to fulfil its promises, how much more a partisan assembly” saying voting ‘Yes’ would not change anything.

Others, who also advocated for a ‘No’ vote, suggested that there was no need for the referendum in the place first saying voting ‘Yes’ would further polarise the country at the local government level.

The country will go for a referendum on December 17, this year, to consider a proposal to amend article 55(3) of the 1992 Constitution, which is an entrenched clause, to allow political parties to participate in local governance elections.