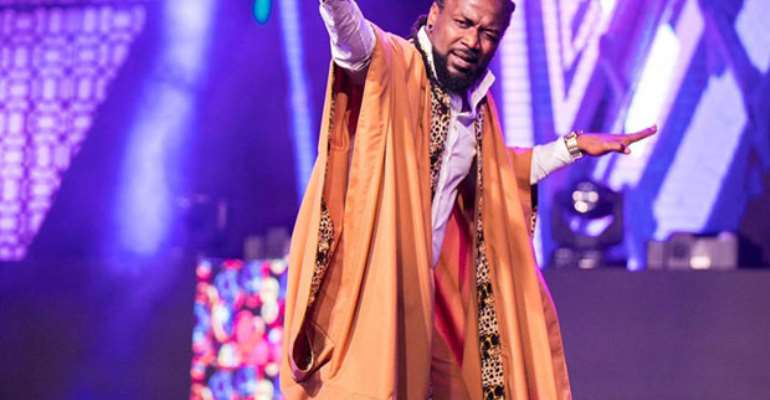 Reggae and Dancehall Emmanuel Andrews Sammini with stage name Samini, says he is hoping for the opportunity to have collaboration with renowned American female artiste, Rihanna.

Samini who believes he is one of African’s best dancehall artistes with international recognition said he loves Rihanna’s songs, her style of performance and stagecraft, hence his decision to feature her in one of his songs.

The ‘My Own’ hit maker mentioned that collaborating with international acts like Rihanna would promote his brand, musical works as well as his career on the international music platform.

“I would love to feature Rihanna. Any pop-flavoured artiste or dance-flavoured artiste knows that a track with Rihanna will shoot you to a next level. It’s a dream but you never know,” he told SVTV in an interview.

Over the years, Samini, who has collaborated with international acts such as Steel Pulse, Etana from Jamaica among others has remained as one of Ghana’s most versatile and influential artistes in the Ghanaian music industry.

He has received international recognition and toured the UK, Germany, Italy, Canada, and the Netherlands.

Samini has so far released seven studio albums, with all being highly successful on the commercial market.

Based on success and recognition, Samini was on December 13, 2018 enskinned as a Chief in his hometown. The title given to him by the Wa Naa (Paramount Chief of Wa) is ‘Pebilii Naa’, which means ‘King of the Rocks’ in Wa.