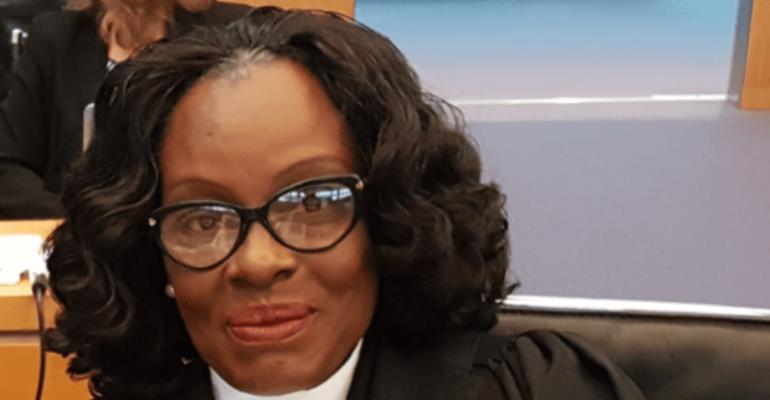 The Attorney General, Gloria Akuffo, is confident the Right to Information Bill when passed, will ensure the protection of individuals who provide information in the public interest.

According to her, the assurance offered by the bill is critical for the development of the country’s democracy.

Speaking at an ongoing Stakeholder forum on the RTI bill in Parliament, the Attorney General said the bill will enhance governance when passed.

The Right to Information Bill was laid before Parliament in March by the Deputy Attorney General, Joseph Kpemka.

The Bill was referred to the Constitutional, Legal and Parliamentary Affairs of Committee of Parliament, but the Minority raised concerns about the Bill not being gazetted.

Per the Constitution, any Order, Rule or Regulation made by a person or authority under a power conferred by the Constitution must be published in the Gazette on the day it is laid before Parliament.

The Bill was withdrawn and later re-laid in Parliament last month, and was expected to go through the normal legislative process for passage.

About RTI
The right to information is a fundamental human right guaranteed by the country’s 1992 Constitution and recognized as a right under International Conventions on Human rights.

The bill as has been drafted, is to give substance to Article 21 (1) (f) of the Constitution which states that “All persons shall have the right to information subject to such qualifications and laws as are necessary in a democratic society.”

The back and forth
The Right to Information Bill was first drafted in 1999 under the former president, Jerry John Rawlings.

The National Democratic Congress (NDC) in its 2008 and 2012 election manifestos promised to ensure the bill was passed. In 2010, the bill was presented to Parliament for consideration.

In 2011, the government signed unto the Open Government Partnership (OGP) Initiative with a commitment to pass the bill. In November 2013, the bill was formally laid before parliament.

Former Attorney General, Deputy Dominic Ayine in 2015, moved the bill for second reading in Parliament. In October 2016, the bill was withdrawn and replaced with a new one which was immediately laid.

Following the dissolution of the Sixth Parliament of the Fourth Republic and the swearing-in of new Parliament in January 2017, the bill was no longer in Parliament and had to be re-laid by the new government before work commences on it again.