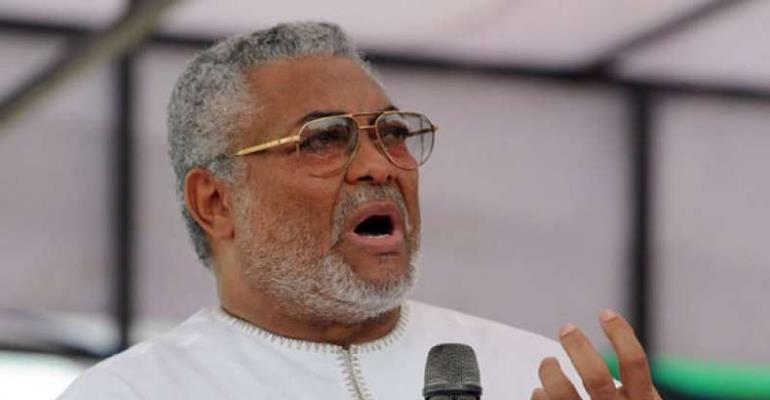 Former President Jerry John Rawlings has apparently become incensed by the ongoing documentary by Multimedia News Channel, Joy News, on the killing of the three High Court judges and a retired army officer in the heat of the revolution in 1982.

Last week, he promised to drop a ‘bombshell’ about the killings in the coming days, but it seems he cannot wait any longer.

He posted on social media platform Twitter, on Tuesday that there is an attempt to ‘rehash’ and’re-cook’ history and described it as “vicious and callous political opportunism.”

“We have rehashed and re-cooked history to make innocent people look murderous. And in the next breath using the same name to endorse yourselves, because Rawlings has said he is cultured (compared to his predecessors). This is vicious and callous political opportunism.”

He said “a whole documentary on the killing of the Major and the judges. An unfortunate tragedy that saw hard, swift justice done to the perpetrators; unlike the organised assault and killings of the Yaa Naa and his 39 elders, for which these perpetrators are yet to see justice. That is the fundamental difference – one group of four saw justice, the other group of close to 40 did not and has not!”

The former president, who is the founder of the opposition NDC, said further that “we cannot reduce the harm and pain caused families and the whole country by turning this matter into a political-media circus.”

“In the meantime, our party has lost a few too many thinkers and strategists to see things clearly. We fall for traps set easily. Rather than a focused fight to ward off this attempt to twist and manipulate the truth (which thankfully some started well) we are instead back to hang Rawlings because of the DG publication.”

Last Friday, the former president said at the Accra Digital Centre where he attended a United Nations Youth Summit that he would attend another public lecture at the Kwame Nkrumah University of Science and Technology (NKUST) in Kumasi in the coming days and take the opportunity to put issues emanating from the documentary into perspective.

He appeared to be at a loss as to the motive of those who put together the documentary on the incident, which occurred several years ago.

“I’ll release a bombshell at UST during a public lecture,” he added.

In recent times, Joy News and The Multimedia Group have been broadcasting a comprehensive documentary on the killing of the three judges and a retired army officer in 1982 when the Provisional National Defence Council (PNDC) military junta, led by then young Flt. Lt. Rawlings, seized power from the democratically elected government of Dr. Hilla Limann.

The documentary is pushing that the prime suspect, Joachim Amartey Kwei, could not have committed the crime without the backing of the authorities in the PNDC.

According to the documentary, the dreaded Captain Kojo Tsikata agreed that Amartey Kwei ought to have obtained the pass from a higher authority before having unrestricted movement on that fateful night when there was curfew.

The documentary revealed that Amartey Kwei mentioned the names of the authorities with whom he had planned and killed the judges to the extent that he was on hunger strike before Dr Koranteng of Police Hospital pacified him.

Their bodies were found on 3rd July, 1982.
According to the records, all the three judges had adjudicated on cases in which they ordered the release of persons who had been sentenced to long terms of imprisonment during the tenure of the Armed Forces Revolutionary Council (AFRC) in 1979.

Investigations were conducted into the matter, after which some active and retired army officers were prosecuted, but there is still the belief that the real people who gave the order for these judges to be killed have been left off the hook.

Two of them, Joachim Amartey Kwei and Alolga Akata-Pore, were members of the PNDC.

Even though Amartey Kwei, Tekpor, Senya and Dzandu were executed, Amedeka escaped from jail.