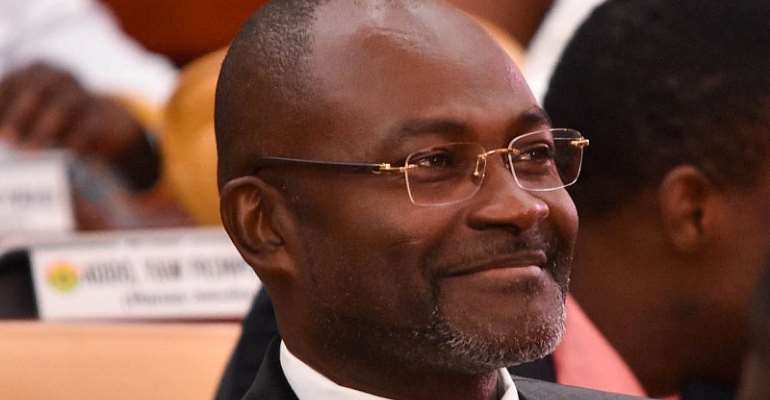 The Chairman of Parliament’s Local Government Committee, Kennedy Agyapong, who is also the Member of Parliament for Assin Central says any attempt to implement a quota system to enhance women representation in Parliament may not work.

“We talk of women representation. Nobody has a problem with their representation but everywhere in the world, politics is so rough and dirty but most of our women don’t have the courage to contest. So whether its 30% or not, I disagree because it is a free-range, anybody can contest. Nobody has stopped a woman from contesting but when they make an attempt and they see that the terrain is rough many of them back off,” he said.

Kennedy Agyapong made the remark at an engagement between the Ministry of Parliamentary Affairs and the Core Leadership of the House held on Wednesday, June 3, 2020.

There have been much efforts over the years to ensure gender equality in all spheres of society globally.

These efforts have however come with setbacks and there remains much to be done to achieve gender equality.

There is an Affirmative Action Bill currently being considered by Parliament.

The Affirmative Action Bill has suffered a number of setbacks for about 10 years now.

Out of 275 Members in the Parliament of Ghana, only 36 are women, representing a marginal 13.8 percent of the total number of MPs.

Women must desire for such roles

At the engagement, the Assin Central legislator who said women can’t be forced into politics and leadership positions beyond their will instead said there should be seminars to encourage women to show more desire and contest in parliamentary elections.

“The 30% that they want to impose on us, well they can implement that law. We are a sovereign country so the mere fact that they take that decision doesn’t mean we have to follow. We have to open up and there is no restriction for anyone so why are they forcing us with that 30%. If the person doesn’t want to do it [go into politics] then you go and force her, and tell her that we want 30% representation so go and contest and we impose you there, it won’t work.,” he said.

“We should rather encourage the women because its an encouragement but not force that you want 30%,” Kennedy Agyapong urged.