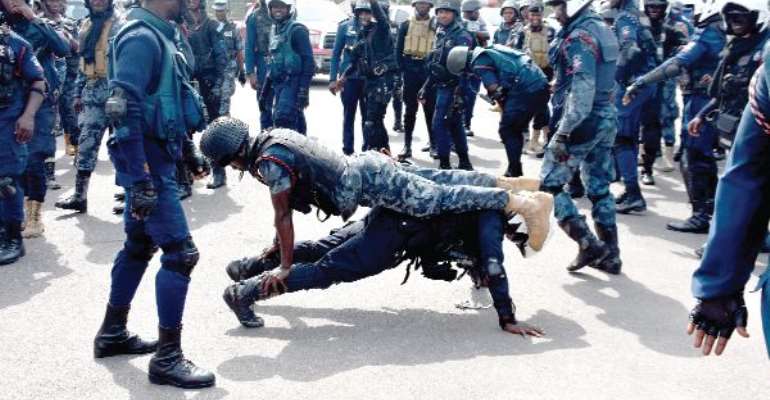 The Ghana Police Service has today launched the 2019 edition of its “Operation Father Christmas” program to ensure a safer yuletide.

The launch is being held with a procession through some principal streets of Accra.

A statement from the Police Service said the “Operation Father Christmas” is part of arrangements to ensure an incident-free Christmas period.

The Police urged the public to be calm as they will see scores of officers marching through the listed communities.

In 2018, about 14,000 policemen were deployed to commercial centres, including markets, and other areas known to be prone to crime as part of the Operation Father Christmas to maintain law and order during the festive season.

The police administration suspended all forms of leave for personnel, while those who were on leave were recalled to beef up security before, during and after the Christmas and New Year celebrations.

Data from the National Road Safety Commission shows that many road crashes occur during the Christmas and New Year celebrations.

The Operation Father Christmas, among other things, is to ensure that the police are readily on hand to protect lives and properties and also maintain law and order throughout the season.