Home General News Our elections not always ‘perfect’, how we settled disputes made us ‘beacon... 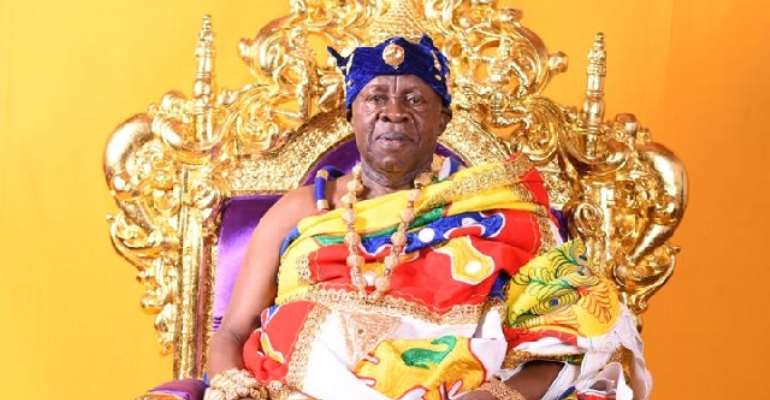 LISTEN   16 HOURS AGO  1 COMMENT
Live ReportsThe National House of Chiefs has urged all aggrieved parties in the recently-held general elections to seek redress through the laid-down legal processes so as to consolidate Ghana’s status as a “beacon of democracy” on the African continent.

The main opposition National Democratic Congress (NDC) and its defeated presidential candidate, former President John Mahama, have rejected the outcome of the polls while the party’s supporters have been holding a series of demonstrations across the country to drum home their claim that the Chair of the Electoral Commission “stole” the verdict for President Nana Akufo-Addo and the governing New Patriotic Party (NPP).

Mr Mahama has personally described the results as “fictionalised” and “the real stolen verdict” and called for an “independent audit” of it, hinting at a possible court challenge by the NPP.

A statement signed by the President of the National House of Chiefs, Ogyeahoho Yaw Gyebi II, in connection with the elections, reiterated the “smooth manner in which the elections were conducted”, which, according to them, “suggests that Ghana has matured” in her democratic dispensation and has, “once again, demonstrated to the whole world that the country is a beacon of democracy”.

It noted, however, that: “It is pertinent to state that there are no winners and losers in this election. It is Ghana that has won and everyone should be very proud of it”.

The House said it has also “taken note of the concerns of some political actors at the outcome of the presidential and parliamentary election results declared by the Electoral Commission”.

“The House has, again, taken note of the numerous demonstrations by a section of members and supporters of some political organisations about the results so declared by the EC, which has created tension in the country and is likely to erode the gains made over the years.

“The House, once again, wishes to inform all dissatisfied candidates or political parties, to endeavour to seek redress by using the laid-down processes and procedure for the settlement of electoral dispute”, the statement said.

The House urged “leaders of the various political parties” to “also urge and encourage their supporters, to remain and act within the laws of the land”.

It said: “It is refreshing to note that, as a country, we have been described both within and outside as a beacon of democracy due to the manner we have conducted our elections over the years ever since we chose the path of democracy”.

“This did not come about because the electorate have always been satisfied with the outcome of the results or our elections have always been perfect but rather, the way we chose to settle election disputes”, the chiefs noted.

“It is in view of this that the National House of Chiefs is calling upon all Ghanaians to remain calm while the House liaises with other stakeholders to find a lasting solution to the impasse”.