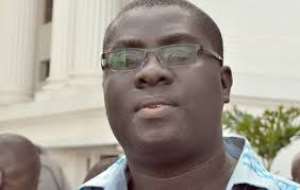 The president will open the first factory under the New Patriotic Party (NPP) government’s, One-district-One factory program on Friday.

This is according to the party’s National Youth Organizer of the party, Sammy Awuku.

According to Mr. Awuku, a pineapple processing factory will be commissioned by the President, Nana Akufo-Addo in the Ekumfi District of the Central Region on Friday, August 25, 2017.

Two others, he mentioned are at different stages of completion and will be commissioned in due course by the president.

The commissioning will also be the formal launch of the implementation of the policy which the NPP believes will actualize the industrialization drive of Ghana.

Speaking to Citi News in Takoradi over the weekend, Mr. Awuku noted that government is ready to fulfill his promises.

He said “this week, President Akufo-Addo will be cutting sod for the commencement of the one district one factory with the first factory in Ekumfi on Friday.”

“It is a pineapple juice factory. We also have one of the factories ready at Twifo Ati-Morkwa district which the president in due course will cut sod for its commencement. It is a toothpick producing factory. We also have one fruit juice base factory in the Assin District. So we are moving, not even with the speed of light, but I think the government has demonstrated that it is ready to move beyond the comfort zone,” he added.

The NPP in its 2016 Manifesto promised of building one factory in each of the 216 districts across the country.

These factories will be built relative to the district’s endowed resources and capacity to particularly provide jobs for the people.