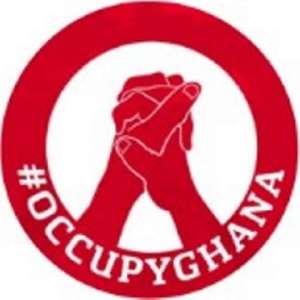 A political pressure group OccupyGhana has lashed out at Government for rushing the Ghana-US Military Agreement co-operation to Parliament for ratification considering the intensity of debate it had generated.

It said the speed to ratify the agreement on the last day of sitting at a time when the vast majority of Ghanaians were realising probably for the first time that that agreement existed was not right.

This is contained in a statement issued by OccupyGhana on Monday, and copied to the Ghana News Agency in Accra.

”Ghanaians deserved more time to debate and assimilate its terms, which would have better informed our support of or opposition to it. The night time and acrimonious ratification proceedings was unfortunate,” the statement stated.

It expressed disappointment over Parliament’s failure to exercise the same level of urgency to pass the Right to Information Bill into law, but rather rushed in ratifying the Defence Agreement co-operation.

It said agreement of that nature with utmost public interest, which required parliamentary ratification should not be assumed to be confidential, but must be made available to the public.

The statement said the agreement although ratified by Parliament, would not immediately come into force, adding that, Article 19 of the Agreement required that, it would only come into force when the parties to it have exchanged the required diplomatic ‘notes.’

However, it said where confidentiality is genuinely required, such documents are supposed to be given the requisite status under the State Secrets Act, 1962 (Act 101), and more so, the security classification of such agreements is specifically agreed upon in negotiations so that the state-parties to them would have a uniform and reciprocal treatment of such documents in their respective jurisdictions.

It indicated that the portions of the Ghana-US Military Agreement cooperation that confer diplomatic status, privileges and immunities on the US Military and its agents would require a Legislative Instrument prepared by the President and sent to Parliament for passage before it could be enforced.

”Ghana passed the Diplomatic Immunities Act, 1962 (ACT 148), according to section one of the Act, to give ‘the force of law’ to the receiving state obligations under (‘Articles 22, 23, 24, and 27 to 40 of the Vienna Convention (which regulate the immunities and privileges, including exemption from taxation, freedom of communication, inviolability of premises and immunity from civil and criminal jurisdiction, to be conferred upon diplomatic agents).

”These privileges and immunities apply automatically to ‘diplomatic agents’ (which would include military attaches) and not to any other persons or organisations, including members of visiting military forces, who are ordinarily covered by the Visiting Forces Act, 1962 (Act 117),” the statement explained.

It said for all such other persons or organisations, section two of the Diplomatic Immunities Act demands that ‘the President may, by legislative instrument, make Regulations extending any or all of the immunities and privileges conferred on diplomatic agents by virtue of this Act to prescribed organisations and prescribed representatives and officials, subject to such conditions and limitations as may be prescribed.

It noted that, that provision empowers the President to extend the status, privileges and immunities to persons other than diplomats properly so-called.

However, once the President elects to exercise this power, he is bound to act by or under a Legislative Instrument, which must be placed before and passed by Parliament under Article 11 of the Constitution.

The statement, however, appreciated the fact that, the agreement was initially sent to Parliament, noting that, it was the third time in the history of the Fourth Republic that such an agreement has been sent for parliamentary ratification.