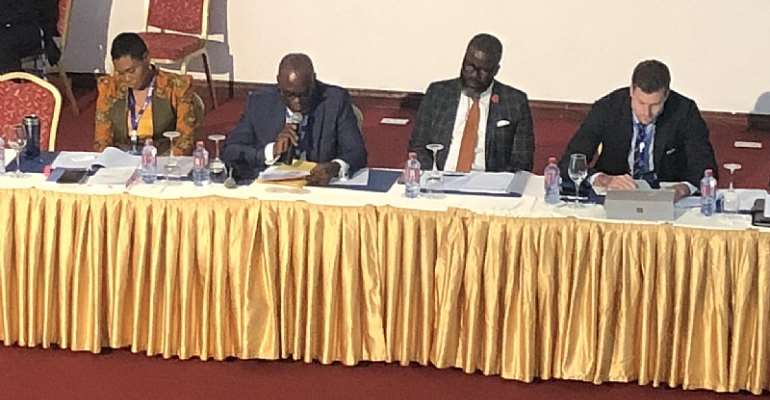 The Normalisation Committee of the Ghana Football Association has confirmed it will supervise the upcoming Presidential elections of entity and perform the role of the Election Committee.

This was made known in a statement released on the official website of the Ghana FA.

The NC stated that it would supervise the elections per Article 79.2 (Transitional provisions) of the newly adopted Statutes of the GFA.

The statement added that the roadmap for the elections would be announced in due time.

Below is the statement from the NC:
“The GFA Normalisation Committee’s attention has been drawn to inaccurate media reports that it has made appointments to the Elections Committee for the upcoming elections.

“The NC wishes to inform all stakeholders that these reports are false and should be disregarded.

“Pursuant to Article 79.2 (Transitional provisions) of the newly adopted Statutes of the GFA, members of the Normalisation Committee of the GFA shall act as the Elections Committee for the upcoming GFA presidential and executive council elections.

“As part of its duties as stipulated in Article 5 of the Elections Regulations, the NC acting as the Elections Committee is empowered to organise, run and supervise the elections.

“The NC will soon announce its roadmap and elections Calendar.”