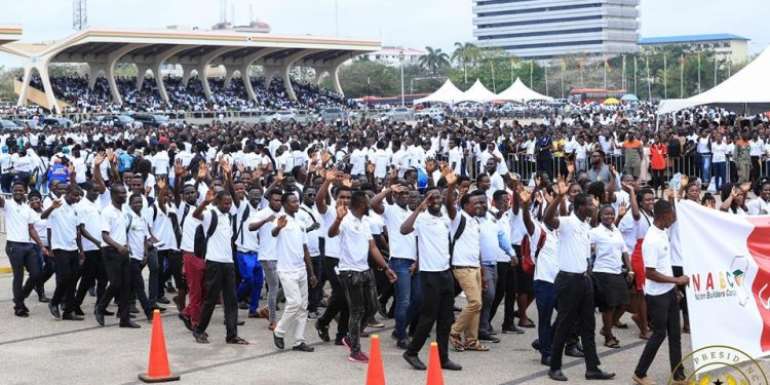 Trainees of the Nation Builders Corps (NaBCo) are to demonstrate on Tuesday over their delayed allowances.

The group earlier petitioned their employer to release their allowances which had not been paid since November 2018.

Convener for the unpaid NABCo trainees, Alexander Ofosu said employees complain that failure to pay them for the past seven months despite the fulfilment of their obligations has subjected them to financial hardships, hence their resolve to protest.

“We are going there to verify some things we do not understand… To the people working for the secretariat [and are owed] we are over a thousand but I do not think all of them can make it but we will be around 100 or 200 and we will be coming to Accra. We need to take what we have worked for.”

Management of NABCo had described as needless, plans by some trainees to protest over their unpaid allowances.

According to the Public Relations Officer of NABCo, Iddrisu Tahiru, some of the trainees had issues with their e-zwich cards because their banks had been consolidated by the Bank of Ghana.

“All trainees who banked with banks consolidated by the BoG are required to get new and updated e-zwich cards from their respective banks before receiving their allowances,” Mr. Iddrisu Tahiru said.

He further described the planned demonstration by the NABCo personnel as ‘unnecessary’.