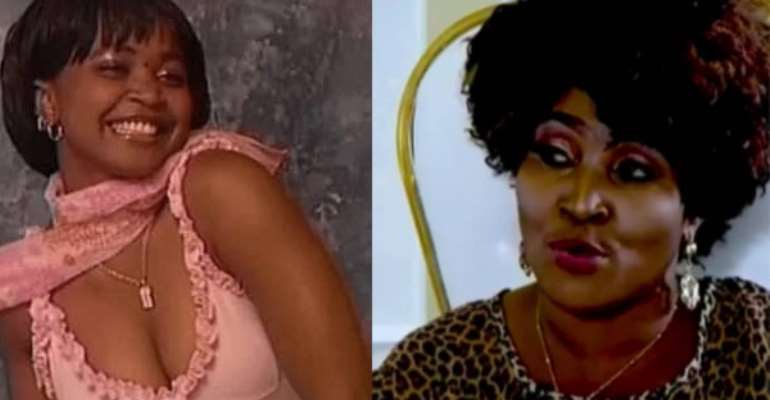 Mother of the late Suzzy Williams has revealed that her distaste of her daughter’s relationship with a Liberian, led her early to the grave.

According to Madam Cecelia Williams, Suzzy’s mother, the late actress’ relationship with her Liberian boyfriend Edwin Eastman was never approved.

She described the gentleman as awkward with a bad smell, dirty with weird-looking fingers which she likened to those of “a grave looter” and expressed that the circumstances that led to Suzzy dating him were materialistic.

“My daughter had always wanted to be in the military but along the line, she reconciled with her main passion which was acting,” she told Stacy Amoateng, host of Restoration, on Sunday.

Suzzy Williams died in a car crash at Labadi in Accra on September 2005. She was 23.

Remembering her daughter’s demise14 years on, Mrs. Williams said she did everything a mother could do, but her late daughter simply paid no heed.

“My daughter bought her first car with all that was paid her after her first movie and that was when she met her boyfriend, Edwin. Upon noticing this, I always tried to sit my daughter down to advise her on the decision she had taken concerning her relationship,” she narrated.

Mrs. Williams continued, “Whenever the gentleman visited our home, he had an awkward and sinister look he gives me and that heightened my distaste for him being in a relationship with my daughter but she did not take it lightly with me and kept insisting he was nice to her.”

When asked whether she ever discussed her daughter’s relationship with her, she stated that “I did everything I could but my daughter wouldn’t listen to me and I believe her main source of influence was her friends.”

She linked her daughter’s adamancy to her demise.

“I went to the market on September 7 and upon return, I fell into a trance and I saw a vision of an accident scene, I drew my husband’s attention to this but he brushed it off telling me I was being superstitious.

“Earlier that day, she came home looking for her birth certificate in so much hurry, I was so afraid and told her to stop searching and stay home but she wasn’t going to listen to me. I then out of fear told her she was looking for her death certificate and that her boyfriend was going to kill her, I told her right in front of the gentleman,” she recalled.

Suzzy Williams starred in films such as ‘Bloody Mary’, ‘Calamity’, ‘The Comforter’ and ‘Mother’s Heart’.

Her career as an actress was launched through the African hit film, ‘Together Forever’, and didn’t live long.