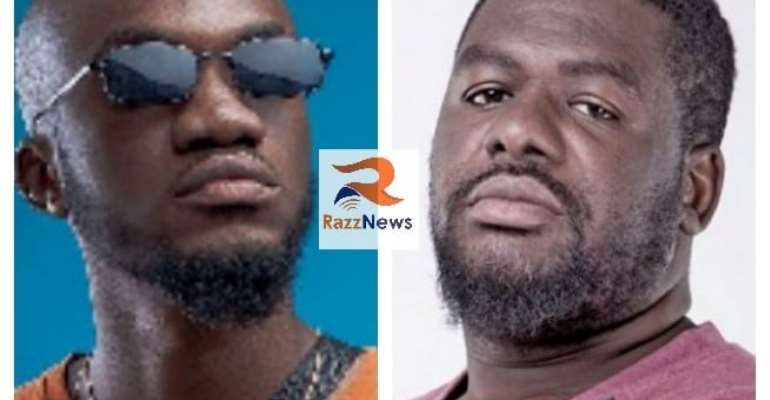 Mr. Drew, who is well noted for the hit song Dwe” has been trending in the news these past few days following a copyright issue with his latest song “eat” featuring Reggae dancehall artiste Stonebwoy.

Expressing his view on the issue in an interview on Joyprime, Bulldog accentuated that, the Highly Spiritual Signed artiste has a track record of stealing people’s songs hence the reason for the mess he is currently in.

According to Bulldog, the fast-rising artiste doesn’t have one original song, he only knows how to steal the song of others.

But in an interview on popular entertainment show “Entertainment City” hosted by Nana Adwoa Annan on Atinka TV which was monitored by RazzNews.com on Saturday, Mr. Drew debunked Bulldog’s accusation by indicating that:

“Well, I will want to say this is a serious accusation… it’s very wrong for him to say that .. it is not true in anyway…this song (Dwe) doesn’t belong to anyone …Kaywa played the beat and he gave it to me and I sang on it.”.Dr.Drew angrily said.