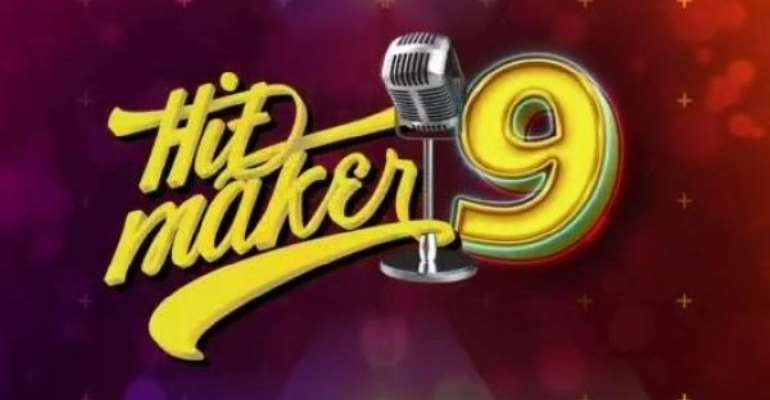 After scores partook in a series of auditions in season nine of the MTN Hitmaker, 12 contestants have been finally selected for the main show.

This season’s reality show themed “Unlock the Flow” promises lots of excitement with high expectations from judges and fans who cannot wait to experience the talents of contestants.

Pashyn, a 24-year-old sensational songstress started music at a very young age and comes from a family of singers.

She has targeted the ultimate prize and expects stern competition from other contestants.

Pashyn who likes to sing love songs said she admired the vocal prowess of popular songstress Adina Thembi and internationally looks up to Alicia Keys.

Kwacy Boat, the only rapper on this season’s show is confident of dazzling fans with ruthless lyrical vibes and has set his sights on making it to the finals.

Kwacy, is a former student of Accra Academy and started pursuing his rap career during school days.

Kwacy had not been discouraged from achieving his goals and making his rap career a reality and ever since looks forward to connecting to fans watching the show.

Bryan, who had exceptional vocal prowess believes he brings something different to the competition and looks to use his versatility to impact the music industry. Bryan, another contestant on the show was buoyant about reaching the finals considering his talents.

He loves listening to Bruno Mars but locally admires Sarkodie and had set his sights on emulating his brand.

Ronnie Bryan Johnson simply known as “RBJ” an Afro-pop and RnB artiste looks to bring something different in this genre of music infusing more creativity and great vocal abilities.

He considers himself as the New Revolution of Afro-pop and believes the hitmaker platform would help improve his craft and appeal to his audience and to also know what his fans really want.

Josh Blakk, is not only a musician but also a guitarist and looks to bring a different vibe to the show. The instrumentalist has passion for Highlife and Soul music butlooks to create a different genre, something he touts as High-Soul and believes music loving fans would love.

Gabi Nova, who has been on the show before believes this ishis time to shine and looks to dazzle fans with dancing moves and has set his sights on reaching the grande finale of the reality show.

Mimi did well in the past season of the show with some good performances but was unluckily not able to make it to the finals.

She is poised for this year’s show and looks to make the final and win the competition this time round. Mimi loves to do Highlife music and believes her passion for the genre would take her far. Nessa Cute, a 20-year songstress is one to look out for in this competition considering her unique singing qualities, energy on stage as well as dance moves.

She also loves to act but believes singing would take her far and loves to play the piano as well.

Jimi who began singing at a very early age sees the Hitmaker platform as a big platform to help thrive his music locally and internationally and has set sights on winning the Grammys someday. Jimi wants to one-day feature Kidi, a winner of Hitmaker Season 4.

Adepa, the masked artiste on the show is someone we should look out for on the show.

She loves to sing and looks to resonate the spirit of gospel loving fans.

The other two contestants Kobby Tuesday and Achiaa have all set sights on the top gong and are poised for the beginning of the main show.