‘The Final Say’ rally is expected to draw huge crowds to London on Saturday. Credit: Flickr

The UK’s ‘People’s Vote’ campaign, an organisation calling for a new referendum on Brexit, is organising a march in London to protest the outcome of Boris Johnson’s Brexit deal on Saturday.

‘The Final Say’ rally is expected to draw huge crowds to London on Saturday 19 October, at the end of a fundamental week for Brexit negotiations, reports Euronews.

UK’s Prime Minister Boris Johnson managed to come to a draft agreement with the EU in Brussels on Thursday, but it still has to be ratified by the European Parliament as well the British one.

The People’s Vote Campaign said that the march “will deliver a message loud and clear to the Government and MPs that they should trust the people, not Boris Johnson, to solve the Brexit crisis.”

Don’t let him force his destructive #Brexit on the country. March for a #PeoplesVote on Saturday: http://marchforthefinalsay.uk 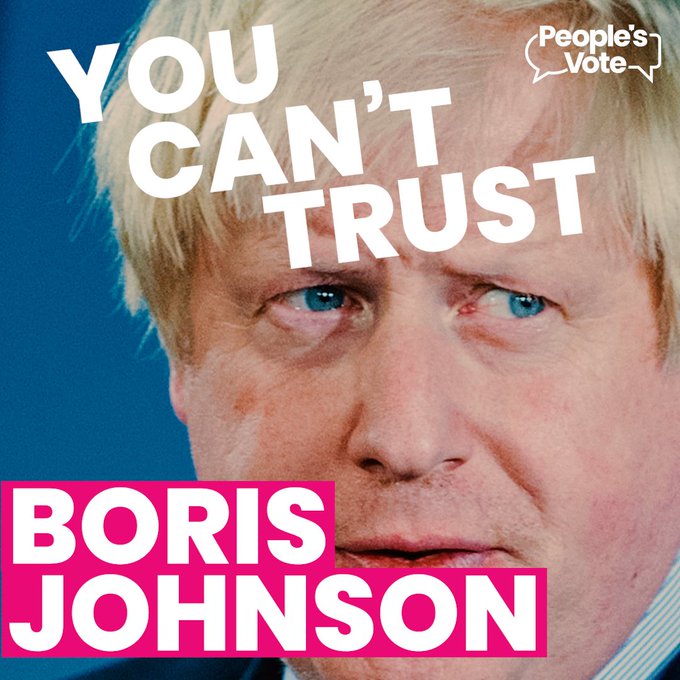 400 people are talking about this

‘The Final Say’ rally on Saturday will be the fourth protest demanding a new referendum on any Brexit deal that might come out of the negotiations.