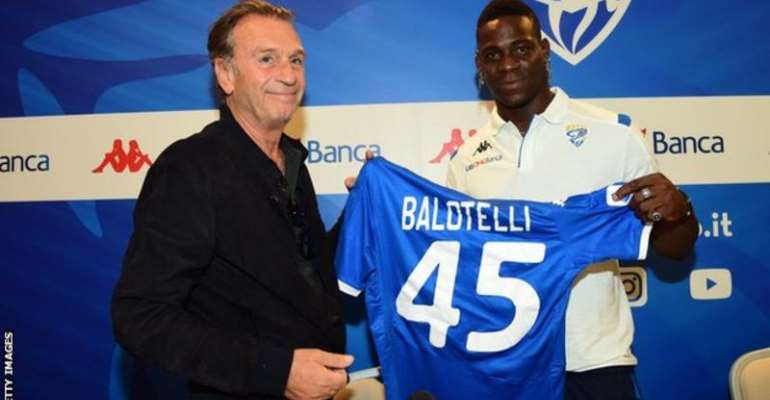 But Cellino said he can leave the club, who are bottom of Serie A – nine points from safety.

“He doesn’t show up to training, he doesn’t look very committed let’s say, for the future of the club,” he said. “That’s the problem.”

“Balotelli apparently doesn’t like to stay in Italy any more because he’s not acting that way.

“I think we both made a mistake. I thought that coming to Brescia, which is his town, would commit him very much. At the same time, I think he was handled the wrong way by my previous coach [Eugenio Corini].”

Balotelli has suffered racist abuse on two occasions this season in Serie A, with Lazio fined 20,000 euros in January for abuse by their fans.