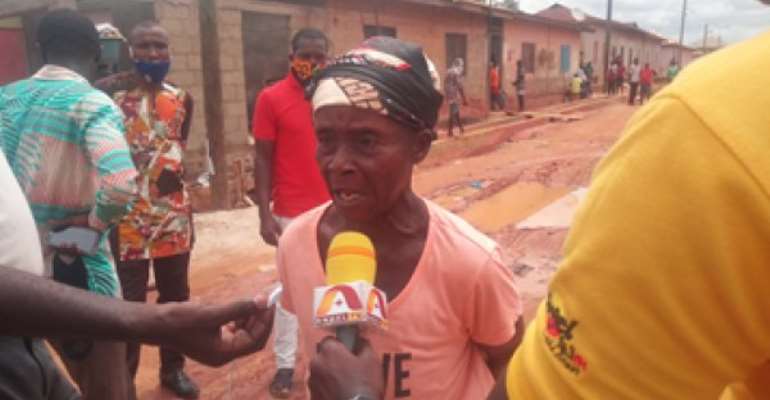 Residents at Mamponteng in the Kwabre East Municipality have expressed worry over the continued delay in completing the road networks in the community.

According to them, the situation was not only affecting socio-economic activities in the town, but had also resulted in severe injuries to many people who have fallen into the uncovered trenches and holes, dug by the contractor on the roads.

Addressing journalists at Mamponteng to register their displeasure, the people said they did not understand why the contractor had suddenly abandoned the road project few months after President Nana Addo Dankwa Akufo-Addo broke the ground for it to start.

Mr Ampadu Kyere Baffour, Assemblyman for Abensenase Electoral Area, who spoke on behalf of the people, said they did not understand why the contractor who created the “manholes within the township” leading to injurious to people should abandon the project.

He said three old ladies and a man, had broken their legs after falling into some of the uncovered drains and holes dug by the contractor, adding that, “the roads have now become a death trap in the town”.

Mr Baffour therefore called on the authorities responsible for monitoring the project, to intervene to bring the contractor back to complete the project.