– A popular Ghanaian weightlifter, Majetie Fetrie, has died in Nigeria after suffering from stroke

– In the year 2006, he represented Ghana in the Melbourne Commonwealth Games in Australia and won a gold medal

Our Manifesto: This is what YEN.com.gh believes in

Renowned Ghanaian weightlifter, Majetie Fetrie, has died after suffering from a stroke.

Fetrie was confirmed dead in the early hours of Saturday, December 28, 2019, in Nigeria.

Per a report by dailymailgh.com, he was a Nigerian who naturalized for Ghana and was part of the Melbourne Commonwealth Games in Australia in 2006. 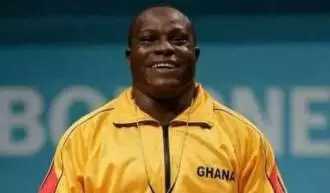 Information available shows that he won the gold medal for Ghana during the tournament.

His fortunes, however, took a downturn after he was banned for two years by the International Weightlifting Federation (IWF) for taking banned substances during the Africa Championship held in Morocco in 2006.

In other news, a former Western regional minister, Esther Lily Nkansah has died at 71 years , YEN.com.gh can confirm.

Information available suggests that she died at the Effia Nkwanta Regional Hospital in Sekondi as she was receiving treatment.

The late Nkansah was a lawyer and the last regional minister to serve in the Western region during the Rawlings’ administration from 1997 to 2000.

Per a report by citinewsroom.com, she was named as part of a 10-member board of the Bank of Ghana in 2010 by the late president, Professor John Evans Atta-Mills.

The rationale behind the appointment was to provide assistance with regard to the ‘Better Ghana Agenda.’