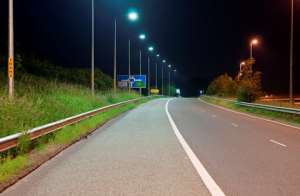 Emerging reports from the Eastern Region suggest the capital town Koforidua and other major towns are experiencing a major transformation ahead of President Akufo-Addo’s visit tomorrow.

Ahead of the visit, major street lighting systems are being powered after months of malfunctioning.

Adom Fm’s Maxwell Kudakor in an interview monitored by Modernghana.com reported that extensive works are being carried out throughout the region few days after the realization of the President’s visit.

In his report, based on the works he recommended president visits the region each month. “It’s been several months streetlights across principal towns and cities in the country went off and numerous complains have fell on deaf ears but swiftly, all have being fixed.”

He described the developments taken effect as “magical.”

He reported that streetlights from Adweso to Koforidua Technical University, Poly junction, Kasadjan among other major towns were down several months but has been fixed prior to the visit.

Devastated roads engulfed with potholes are being parched and graded. Grown weeds along and middle of the roads among other developments have taken effect.

He cited a similar incident that occurred prior to the New Patriotic Party’s Delegates Congress last year experienced a massive streetlights fixation but suddenly went off a week after.

Surprisingly, Akwatia GCB township after two years of disconnecting them from the national power grid has been reconnected yesterday.

This according to him, was initiated by an interim management committee constituted, questioning the swift transformation in the region.

He reported that these developments community members are peeved for the disrespect and neglect by regional authorities.

The President’s itinerary will commence tomorrow from Nkawkaw, Atiwa, Fantiakwa and Fantiakwa North; and continued on Sunday with Akwatia, Abirem and back to Koforidua and will be meeting with the religious group and subsequently teacher groups on Monday.