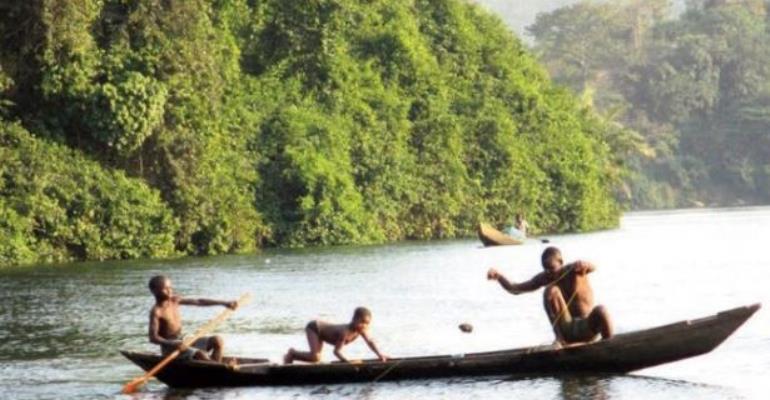 With that, NEWS-ONE listed a number of rivers in Ghana worth exploring to learn about. This week, the paper continues with other rivers and also two beautiful major lakes that tourists can also visit to make their stay in Ghana riveting.

This is part of an initiative by the office of the Ministry of Tourism Arts & Culture to guide tourists to the best experiences in Ghana.

Ofin River
The Ofin River is an easterly-flowing waterway in Ghana. It flows through the Tano Ofin Reserve in Ghana’s Atwima Mponua District. The Ofin riverbed is 90 metres above mean sea level. The Ofin has cut steep side channels, average depth 12–15 metres, into the rolling terrain over which it flows. The Ofin and the Pra rivers form the boundary between the Ashanti Region and Central Region. Dunkwa-on-Offin is a major town on the river. Gold is mined from the river’s sediment. Native species include the clarias agboyiensis, a benign type of air breathing catfish. The Barekese Dam is located on its course.

Lake Volta
Lake Volta lies along the Greenwich Meridian, and just six degrees of latitude north of the Equator. The lake’s northernmost point is close to the town of Yapei, and its southernmost extreme is at the Akosombo Dam, 520 kilometres (320 mi) downstream from Yapei. The lake is formed by the Akosombo Dam, which began in 1961 and completed in 1965, dammed the Volta River just south of Ajena and created a lake extending upstream from the Akosombo Dam to Yapei, beyond the former confluence of the Black Volta and White Volta Rivers. With a storage capacity of 124,000,000 acre-feet (153,000,000,000 cubic m) of water, Lake Volta is one of the largest man-made lakes in the world. It is about 250 miles (400 km) long and covers 3,283 square miles (8,502 square km), or 3.6 percent of Ghana’s area. The lake’s creation involved the inundation of 15,000 homes and of 740 villages and the resettlement of 78,000 people. The lake is navigable and provides a cheap route linking Ghana’s northern savanna with the coast. It also is a major fishing ground and provides irrigation water for farmland in the dry Accra Plains lying immediately below the dam site. The generating capacity of the dam’s hydroelectric power plant is 912 megawatts of electricity; this power is used by the aluminium smelter located at the port of Tema on the Gulf of Guinea and supplies most of Ghana’s other electricity needs as well. 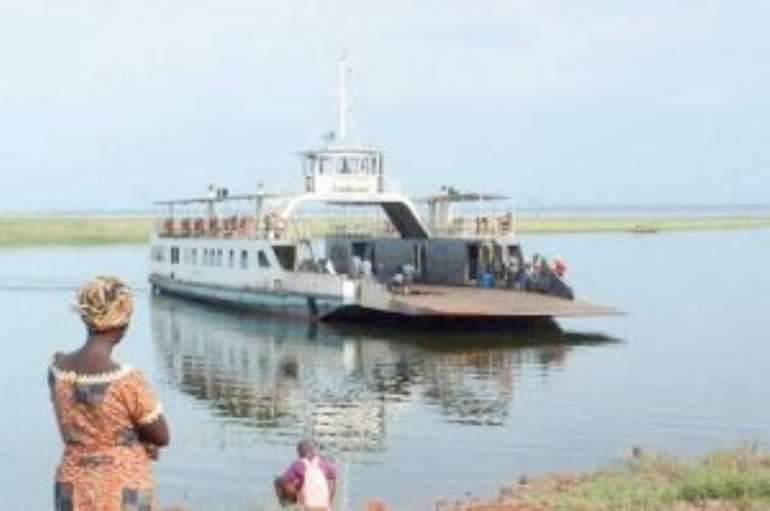 Lake Bosumtwi
Lake Bosumtwi, also sometimes spelt Bosomtwe, is a lake formed by an ancient meteorite strike in the Ashanti Region. The name means ‘antelope god’ because it is said to be discovered by a hunter chasing an antelope that disappeared into the lake like it was trying to save the animal. The lake is seen as very sacred place to the Ashanti people who live in the area. The lake is about a half an hour drive from Kumasi. The shore is dotted with villages and it is believed the population in the area is close to 70,000 people. There is a paved road that gives access to the lake from the direction of Kumasi, it rises in elevation over the rim around the lake and down into the lake ending at the first village Abono. There is a small fee to be paid at a road block at the rim of the hills around the lake this helps to support the communities in the area with people coming to enjoy the views and recreation. It is possible to take boat rides on the lake, swim and hike around. The various communities around the lake are very welcoming and it makes for interesting hiking around the lake shore. There are also some great hikes up into the hills, and the sacred areas around villages. The lake level continues to rise, and because of this the villages have had to keep moving up the hillside. You will notice that the villages often times have a number after the name which indicates how many versions of the village there have been. You will also see tree trunks coming out of the water because of that. Lake Bosomtwe is an important national cultural and natural site of particular relevance for international conservation. It is one of the six major meteoritic lakes in the world and is, thus, considered a unique national resource. The lake catchment spans two districts– Bosomtwe and Bosome-Freho– and consists of a mixture of three unique types of ecosystems – forests, wetlands and mountains – which contribute to the conservation of vital biodiversity.

Afram River
The Afram River is located in southern Ghana. It rises 16 miles (26 km) northwest of Mampong and flows southeast into Lake Volta (formerly the Afram was a tributary of the Volta River). The Afram is about 55 miles (90 km) long. The river is important for fishing, despite its running dry from October to March, and it collects nearly all the drainage of the Kwahu Plateau. In the river valley, the terrain is very flat and often flooded and swampy. Since the project to dam the Volta River for hydroelectric power (began 1961; finished 1965), the lower Afram has become a busy arm of the impounded Lake Volta, serving as an important waterway.

Birim River
The Birim River is one of the main tributaries of the Pra River flowing through most communities in the Eastern Region of Ghana from the Atewa Forest range .Birim river also flows north through the gap between this range and the Kwahu Plateau then runs roughly south-west until it joins the Pra. Birim River was named after Birimian rocks pregnant with huge gold deposits. Birimian rock extends to Mali and La Côte d’ Ivoire. The upsurge in mad rush for gold over a decade ago led to thousands of illegal miners, including some foreign nationals, invading the gold deposit belt of the country to prospect for gold. The phenomenon led to pollution of the Birim River and other river bodies which used to be a major source of drinking water millions of Ghanaians. But the Birim River is restoring to its natural state after government stopped illegal mining activities out there.