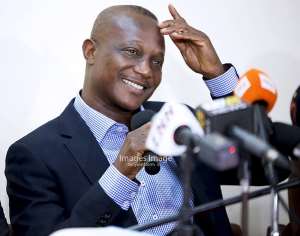 Head coach Black Stars, Kwesi Appiah says he is convinced his side was not going to lose to Egypt in the final 2018 FIFA World Cup qualifier.

The four-time African champion came from a goal down to knot the scoring in three minutes at the Cape Coast Stadium in the 1-1 draw on Sunday.

“I’m happy with the result especially because we had a challenge of finding the right balance between three or four experienced players and several new faces,” Appiah told beIN Sports.

“We were confident that we would get a positive result as the match is played at home but at the same time, we were aware that the game would not be easy.

“I was confident that we would score the equalizer. The fans were a source of some stress but we finally managed to score.”

The result meant Ghana finished third in Group E with seven points but without a home win in the campaign.