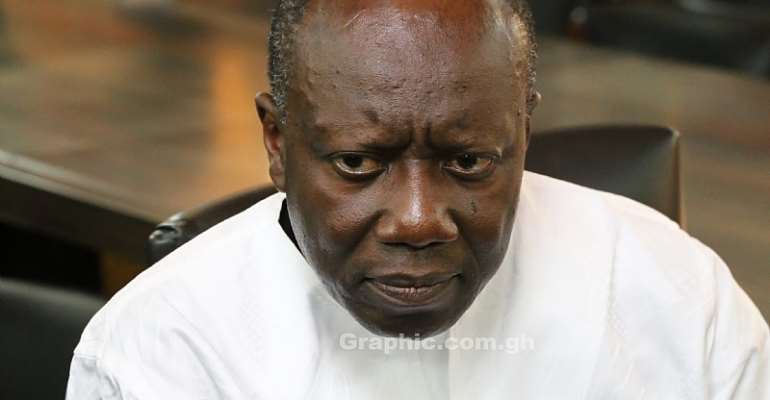 Ken Ofori Atta, Minister of Finance would on next week Thursday July 4, present a mid-year budget review statement to parliament on financial and economic management of the country.

Among of things, the Minister would touch on major decisions and policies the government has undertaken to improve the economy and living standard of Ghanaians.

Some financial issues, including the Ministry delay or failures to release funds as well as payment of Judgment debts, contractors, free senior high school expenditure, revenue and expenditure from Ghana oil fields, collapsed banks and Micro-financial companies, among of others.

Parliament has scheduled the Finance Minister to appear before it on Thursday, July 4, 2019, to tell the nation how much the Government expend the 2019 budget approved by the House in December last year.

Majority Leader and Minister for Parliamentary Affairs, Osei Kyei-Mensah-Bonsu, who presented the Business Statement of the House Friday June 28, indicated that, the Finance Minister has been invited to the house to deliver a mid-year budwgt review.

According to him, Ken Ofori Atta, would also answer some parliamentary questions from members including the Ministry of Finance failure to release to the Ghana Education Trust Fund (GETFund) its appropriated funds for August to November 2018 and January to May 2019 to enable the Fund to meet its obligations.

The Minister for Finance is also expected to answer question filed by MP for Ashaiman, Ernest Norgbey, why the Public Procurement Authority (PPA) suddenly assumed the role of Registrar General Department and charging company registration fee without parliamentary approval.

Member of Parliament for Manso Adubia, Yaw Frimpong Addo is also query the Finance Minister what has been the overall impact of reforms introduced by the Ghana Revenue Authority at nation’s port of entry in the revenue mobilisation drive of the Ministry.

Mohammed Abdul-Aziz, Member of Parliament for Mion is also billed to question Ken Ofori Atta, how much has Government paid in judgment debt from January 2017 to date,

The Finance Minister would also ceased the opportunity to announce the reversal of some policy decision taken over the last two years under the leadership of President Akufo Addo, especially the famous luxurious tax, spare parts dealers, import duties, the electricity tariffs, among other issues that border on national expenditure.

The sources of funding for the National Cathedral, NaBCo, among others, would also be subjects of interest to the Ghanaians expected from the Finance Minister.