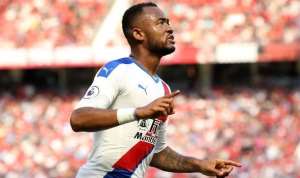 Jeffery Schlupp assisted Ayew to break the deadlock in the 6th minute.

It was United’s first defeat of the season with Marcus Rashford missing a second-half penalty.

However, Daniel James thought he had rescued a point for United when he curled in a delightful equaliser in the 89th minute following neat build-up from Marcus Rashford and Anthony Martial.

The goal is Ayew’s first in Premier League since 2 January 2019 when he netted in Crystal Palace’s 2-0 win at Wolverhampton Wanderers.

The win against the Red Devils is Palace first win in the campaign.