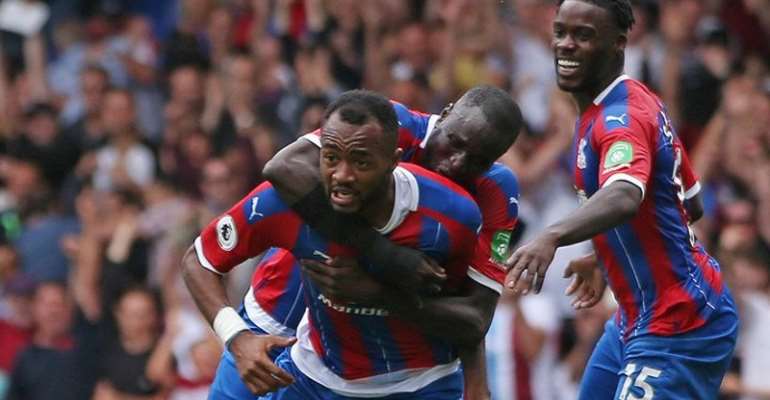 The Ghanaian on Saturday, scored his second goal of the season with a crucial strike to ensure a 1-0 home triumph over his former side, Aston Villa.

It was Jordan’s second strike in successive games after finding the back the net at Manchester United the week earlier to end their long years winless run at Old Trafford.

Some great understanding and connection it has been as Schlupp has been directly involved in both of Ayew’s goals.

“We want our strikers to be in and amongst the goals every game and Jordan’s got the touch at the minute,” Schlupp said as reported by his club’s official website.

The German-born also spoke about their hopes of making their Selhurst Park home ground a difficult place for away teams.

“Everyone knows this place [Selhurst] is a fortress for us and last season it didn’t go too well at home,” the 26-year-old added.

“We want to turn it into a fortress again this year and so far, so good.

“The fans are great every time we play here and we want to pay them back with results and so far, so good.”