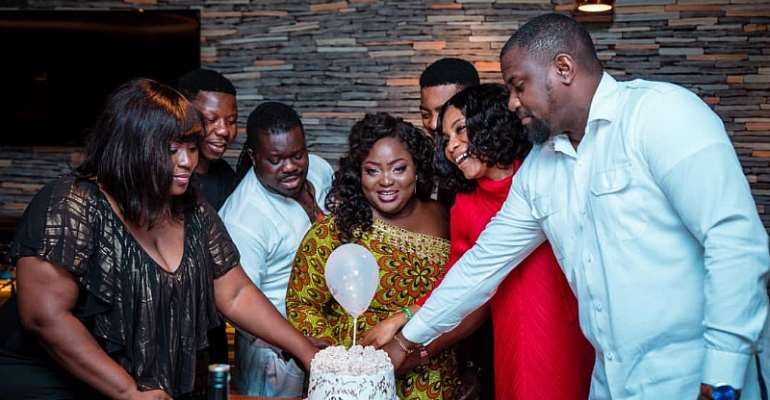 Some popular and Ghanaian and Nigerian actors and actresses including Jackie Appiah, Desmond Elliot and Ruth Kadiri showed their colleague actress Roselyn Ngissah so much love on her birthday as they shared videos of themselves on their social media handles wishing her a happy birthday.

The actress was also treated to a surprise birthday party which happened at Delish restaurant owned by Yaw Sekyi and expressed joy as she thanked the organizers of the pre-birthday party in the name of Clarence, Nana 40, Berry Yaw Sekyi, mark, Nikki Samonas, Regi and Jake.

According to her, she had an awesome pre-birthday party and also had a good treat at Marriot Hotel plus a surprise gift from the CEO of Verna water.