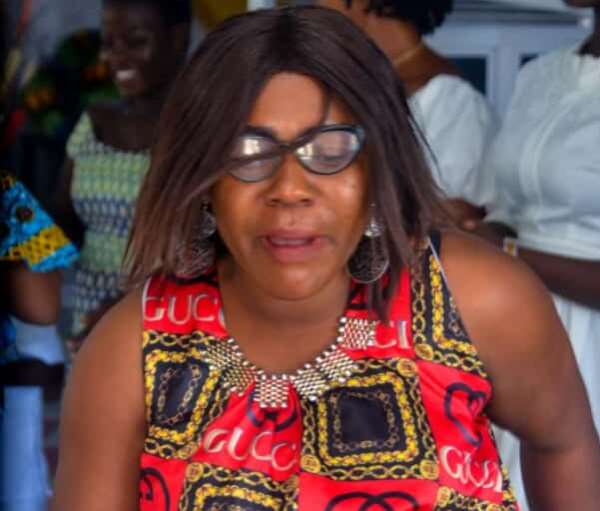 Josephine Panyin Mensah, the woman at the center of the Takoradi kidnapping conspiracy has pleaded ‘not guilty’ to her charges after appearing in Court on Monday, September 27, 2021.

In the last few weeks, the spotlight in the news has been on the family of the 28-year-woman after she was found by a carpenter in a bush after disappearing for several days.

Shockingly, the woman who is confirmed by her family to have disappeared with a nine month old pregnancy returned with no baby bump and without a baby as well.

Subsequently, the Ghana Police Service after its preliminary investigations announced to the general public that medical experts had confirmed the woman was not pregnant as claimed.

Later in the midst of insult and backlash from the family and neighbours of the woman, the Police transferred her to the Effia-Nkwanta Regional Hospital for another check for confirmation on her pregnancy.

With the second check proving that Josephine Panyin Mensah was not pregnant, she subsequently confessed to the Police that she was neither pregnant nor was she kidnapped.

Today, the woman has been arraigned before the Takoradi Habour Circuit Court for the first time since she was officially arrested last Friday.

Charged with ‘deceiving a public officer and publication of false news with intent to cause fear and panic’, Josephine Panyin Mensah has pleaded not guilty on all fronts.

Meanwhile, her lawyer has secured a bail of GHS50,000 with two sureties on her behalf.

The police are continuing with investigations into the matter this week with other suspects expected to be called to the stand in the next hearing.