Home Showbiz I’m Not Religious, I Don’t Pray Through Anybody — Efia Odo 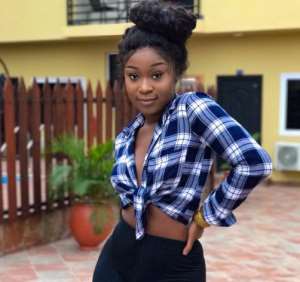 Everybody has their own religious orientation. It is either a person is a Christian, Muslim, Buddhist, traditionalist, atheist among others.

Ghanaian actress and entrepreneur Efia Odo disclosed in an interview on Kofi tv that she is not religious.

She indicated that both her parents are Christians. But she is not but believes in God.

The actress stated she doesn’t ascribe to any religion but she is spiritual and very prayerful.

She revealed she doesn’t pray through anybody but prays directly to God.

In her final submission, the actress indicated that everything she has asked God through her prayers, she has had them.