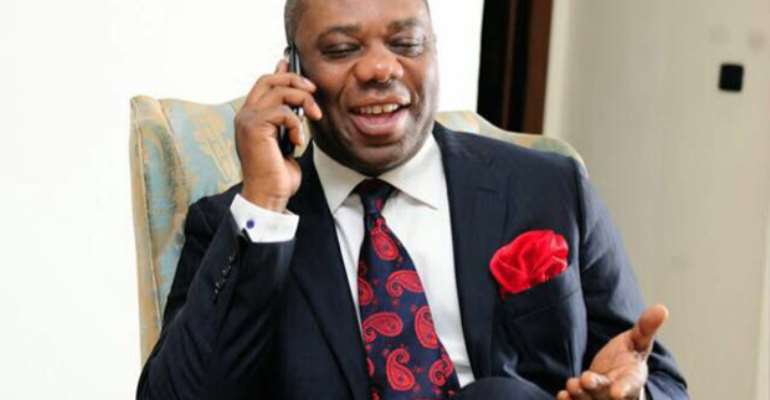 The Ministry of Education, headed by Hon Matthew Opoku Prempeh has directed the National Council of Tertiary Education (NCTE) to immediately launch thorough investigations into an alleged ‘illegal’ termination of contracts awarded to TACOA Construction Limited and Barony Company Ltd by the University of Cape Coast (UCC).

According to a letter from the Education Ministry to NCTE which was intercepted by Modernghana.com following a petition to the Education Minister of the alleged illegal termination of the contracts awarded to the construction firms, such serious allegations should be immediately investigated without delays.

The letter which is in possession of this portal revealed that, reports available to the Ministry indicated that, the Vice Chancellor of University of Cape Coast had issued a note to TACOA Construction Limited to terminate all projects, allegedly on the basis of submission of fake contract for signature.

“You are therefore requested to set up a panel to investigate and report on the petition within one (1) month,” the letter signed by Mrs Wilhelmina Asamoah, Director of General Administration for the Minister ordered the NCTE.

It is recalled that, last week, this portal reported that a construction of a 3-story regional centre for the College Of Distance Education (CODE) AT JUMAPO in the Eastern Region as well at Zuarungu in the Upper East Region and a Construction of Office Block for School of Business for University of Cape Coast at Cape as well as the Construction of another 3-Storey Regional Study Centre for College of Distance Education for University of Cape Coast at Jumapo, Eastern Region that were awarded to TACOA Construction LTD in 2014 and Barony Company LTD in 2016 respectively by the UCC had been terminated.

According to the petition to the Minister of Education by the construction firm “We commenced work and progressed in earnest on all the contracts which were awarded at different times. As usual of construction contracts, we encountered challenges and difficulties with the project supervisors some of which were stalemates.”

The petition disclosed that variations, additions and alterations made to the projects by the project supervisors changed completely the initial scope of works notably. These, it said, included change of timber trusses to metal, porcelain tile floor finish to terrazzo finish, replacement of central air conditioner to individual window split units, replacement of aluminum glaze windows and doors finishes to louvres and flush doors, as well as changes in design of some structural members of the building.

“The instructions and variation orders issued for these changes were made after a considerable project period had been expended, this significantly affected the scheduled completion, cost and cash flow to the project. More grievously when import order had been made for some offshore materials for the project,” it said.

It furthered that the construction firm seeking for a peaceful resolution to the numerous issues confronting the projects petitioned the President of the Ghana Institution of Surveyors who is the agreed arbiter for the amicable solution of these numerous challenges, however, the University brazenly ignored the arbitration process.

“Whiles all efforts had been made by us to stay at site and complete these projects, The Vice Chancellor wrote to us terminating all these projects, purportedly on the basis that securities submitted for the signing of the contract were all fake.

It further noted that, though, the said securities were obtained from a third party, the police had investigated the expired security and obtained a warrant for the arrest of the agent involved.

“Therefore it is mischievous, malicious and unwarranted for the University to invoke any termination of projects that had been completed or progressing at the agreed scheduled for completion and institutes an action at the law court for submission of fake securities which never constitutes the basis for the award of the contract, but for its execution”, the petition further discloses.

The petition states that the University has not been fair to the construction companies and accused the Director of Physical Development of the University of gross incompetence which it said, had undermined the progress of the projects.

“Our checks indicate that this Director is not qualified for such an engagement, he was not a member of the required local professional body at the time of his appointment and also not in possession of the required post graduate qualification for this appointment. This is evidenced by his erratic and unprofessional decisions that has caused our company serious financial stress and delay in the completion of the projects”, the petition alleges. 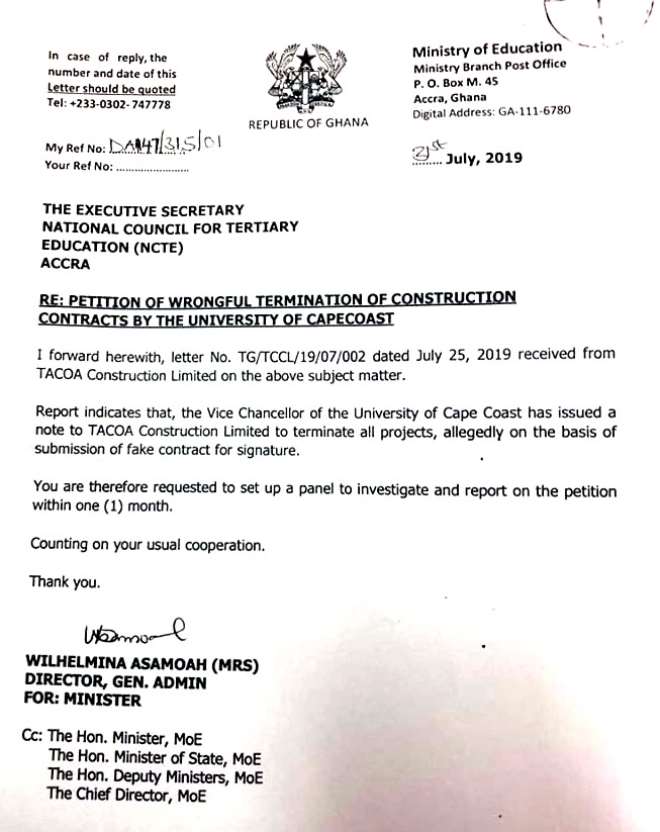