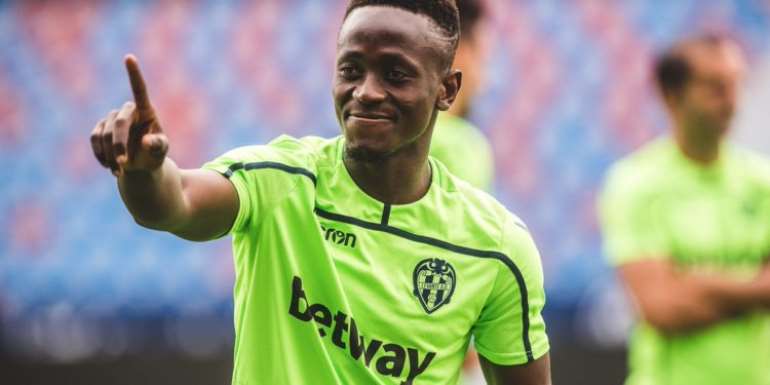 Ghana forward, Emmanuel Boateng has confirmed that he will welcome good offers from Europe.

Boateng surprisingly moved to Chinese side Dalian Yifang in 2019 in a deal reported to be in the region of $12.5 million following his impressive heroics with the La Liga side.

Speaking in an interview, Boateng says he will love to return to any major European League should a good offer is made.

“Nobody knows tomorrow. If it is the will of God that I will return to Europe and play I will,” Weeklysportsgh.com.

“If the opportunity comes and I am still in shape and I realize it(the deal) is going to help my career, I think I will take it,” he added.

After his exploits with the national U17 and U20 teams, he joined Portuguese club, Rio Ave in 2014 where he enjoyed one fruitful season.

Strings of impressive displays caught the eyes of fellow Portuguese club Moreirense who signed him in 2015.

His stay in Portugal was to be short-lived when Spanish side Levante came pouring down desiring his signature after two seasons at Moreirense.

Boateng gave the move a shot and finally joined Levante in 2017 where he capped the journey with blistering performances.

The defining moment arrived after he bagged a hat-trick against giants, Barcelona to end their unbeaten streak in La Liga in May 2018.