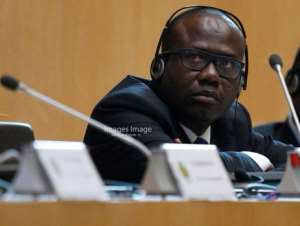 Accra Great Olympics Director, Fred Pappoe has insisted that there was no fall out between him and former GFA boss, Kwesi Nyantakyi.

The former Ghana FA vice president who worked under Kwesi Nyantakyi from 2005 to 2010 left his post after South Africa World Cup amid rumours of a fallout.

However, speaking to Citi TV, Mr Papoe denied a rift between the two and went as far as describing himself and Mr Nyantakyi as friends.

“There has never been a fall out between myself and Kwesi Nyantakyi.

“We had a very good relationship throughout our time working together.

“I think we are friends, but there are levels of friendship, but I can consider ourselves as friends,” he added.

Pappoe is battling against six other candidates for the right to be called the next President of the Ghana Football Association when the elections are held on October 25.