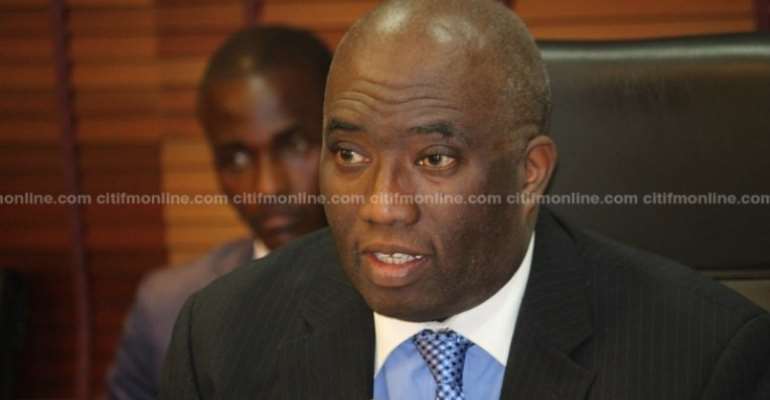 Minister for Railways, Mr Joe Gartey has called on investors to help establish an industrial park at Juapong in the North Tongu District of the Volta Region.

He said the mega rail project would transform the Volta basin and its settlements, and that vibrant locations through which the line travelled such as Juapong, would require a fully developed industrial hub.

The Minister said the expansion of the Tema port would cause more industries to blossom, and create jobs, therefore investors must take advantage of the opportunity.

Mr Gartey, who was touring the project, said this at Mpakadan, a community near Frankadua in the Asuogyaman District of the Eastern Region where the railhead had been located.

The location of the one-kilometre-long railhead would save the Akosombo hydro-dam from possible damage caused by dynamite explosions as part of the construction process.

“If we had gone through Akosombo, there was a high probability it would have destroyed that dam. It was either we found another alternative or terminated the project”, the Minister told the Ghana News Agency.

He said government has released an additional 48 million USD to expand the line beyond Akosombo, and this is expected to be completed by June 2020.

Mr Gartey said two investors have expressed interest in the project; one to help develop the terminus, and the other is seeking to establish a real estate in the area.

The Minister, who was with heads of the Ministry, the Railways Development Authority, and AFCONS- the project engineers, also visited Tropo Farms Limited, an aquaculture farm whose concession would be affected by the project.

Mr Gartey said stakeholders are in talks with the management of the farm on a possible relocation of their concession and that a favourable compensation package would be agreed upon.

He said the Ministry has an “enhanced monitoring programme” to cut bureaucracy, and said land issues especially on portions of the line through Tema would be resolved.

The Tema to Mpakadan line forms part of the broader Ghana/ Burkina joint rail line project, and the Minister said Heads of States of both countries have committed to ensuring world-class standard in fiscal evaluation, funding and procurement.

“This just would not be an economic decision. We are looking at a 30-year partnership with private investors and both Presidents are working to make a concrete decision”, he said.

The railhead when completed would serve as a port to enhance transportation on the Volta Lake, and another port would be constructed at Buepe in the Central Gonja District of the Northern Region.

The line would continue from there through Ho, Hohoe, Yendi to Ouagadougou.

The Volta River Authority has demarcated 500 acres of land at Mpakadan for the railhead and other ancillary developments.

Residents of Mpakadan mobbed the Minister’s entourage, expressing gratitude for the project and promised to help the New Patriotic Party maintain power for more development.

Mr Gartey urged the people to ready themselves to take advantage of the development, and charged AFCONS to ensure that more locals are employed on the construction.

At the time of the visit, engineers were blasting rocks to make way for the construction of the railhead.

A total of 100 kilometres of rail line have been laid up to Doryumu in the Shai Osudoku District of the Greater Accra Region.