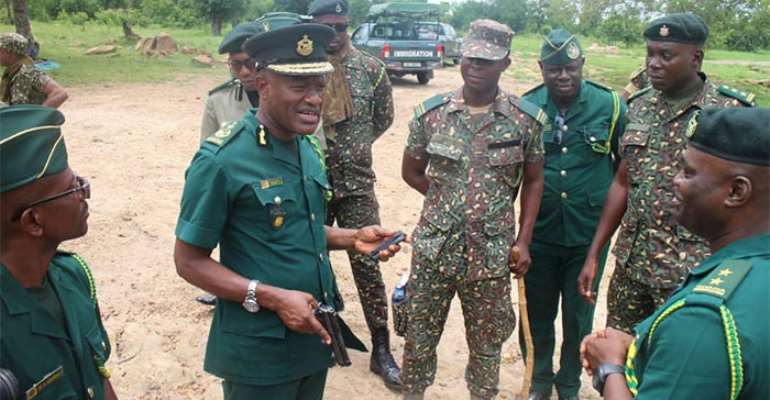 The Controller-General of Immigration, Kwame Asuah Takyi ,has disclosed to DGN Online that government has gone through the necessary processes in procuring arms for officers of the Ghana Immigration Service stationed at the various borders in the country.

“Within a month or two the arms will arrive and we will do the distributions across the borders on the country,” he said.

According to him, government was committed to ensuring that the Border Patrol Unit of the Ghana Immigration Service was revamped.

“It’s our duty to ensure that our officers work in an environment conducive to enhance their work,” he said.

Mr Takyi urged the officers to be disciplined when handling the arms so that they would not be tempted to misbehave.

The GIS boss assured officers that they would be provided with arms before christmas this year for their protection and border security intensification.

“The President through the sector Minister of Interior has assured the Service of improvement in the GIS, and I am optimistic that the President will deliver on his word just as he has already began in other areas of developmental projects ongoing in the country,”

He made these remarks when he inspected the Saru, Sawla Kabla, Tanglyiri, Saru, Vouvou and Kalba unapproved routes in the Savannah Region.

Mr Takyi is on a tour of posts and unapproved routes which forms part of a nine-day working tour to all GIS installations in the Northern, Savannah and Upper West Regions.