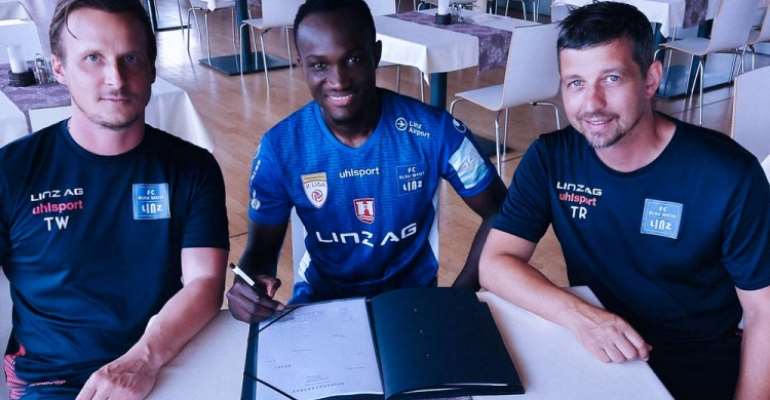 Ghana striker, Raphael Dwamena has made a return to football again after an illness.

The enterprising forward has joined Austrian outfit Blau-Weiß Linz on a free transfer.

The 25-year-old was offered a two-year contract after impressing the technical handlers of Stade de Linz outfit as they commence preparations for their next season’s campaign.

He underwent a mandatory medical examination on Friday evening.

Dwamena battled a recurring heart problem in the last two years but his determination to bounce back appears to have landed him the deal.

He has returned to Austrian after three years, having featured for Red Bull Salzburg, Liefering FC and Austria Lustenau.

Dwamena also played for Real Zaragoza and Danish side Vejle BK before his contract was terminated due to a heart problem.

He has capped nine times for the senior national team of Ghana, Black Stars with two goals to his credit