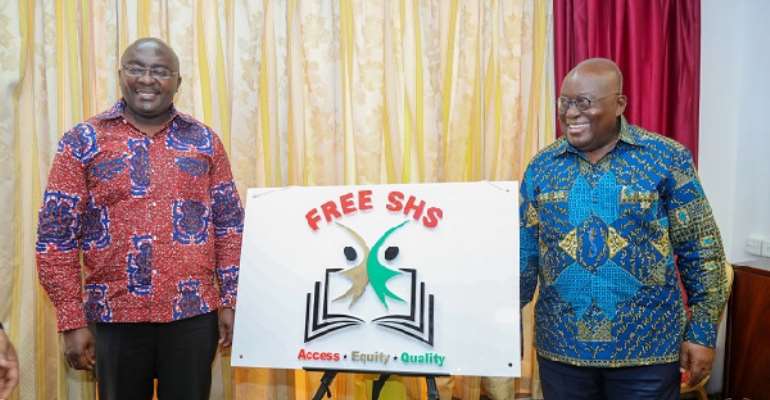 The government has earmarked about GH¢194.5 million as first-semester fees for senior high school (SHS) students in the country.

The Director-General of the Ghana Education Service (GES), Professor Kwasi Opoku-Amankwa, who announced this last Thursday, explained that GH¢14 million, which was for the procurement of perishable food items, would be disbursed next week to all SHSs.

However, Prof. Opoku-Amankwa said so far, GH¢61 million, representing 20 per cent of feeding amount for third-year students, had been released.

This is the first time all students in the SHS would be enjoying the Free SHS policy, where students pay no fees whatsoever.

Press conference
The director-general of the GES was addressing journalists at a press conference at Aburi in the Eastern Region to announce the reopening of basic schools and SHSs.

Prof. Opoku-Amankwa also used the opportunity to outline the processes so far for the release of the placement of candidates under the Computerised School Selection Placement System (CSSPS).

First and second-year students under the Green Track, as well as those in single track schools, will report to school on Sunday, September 15, 2019 to begin the 2019/2020 academic year, while their Gold Track counterparts will report on November 12, 2019.

Feeding
Prof. Opoku-Amankwa said the management of the GES had taken note of the issues which came up with regard to feeding, adding that it was in the process of reviewing the menu for the schools.

He said the food committee under the Free SHS, made up of all the significant stakeholders in the system, was studying proposals submitted by management of the GES, saying concrete decisions would have been taken on it by the time the Form One students reported.

Prof. Opoku-Amankwa stated that the principles underlying the concept of supply of food items by the Ghana Buffer Stock Company Ltd remained the same, “but we are working hard to ensure that the challenges identified with the system are addressed.”

He announced that the Minister of Education had authorised an increase in the percentage of money released to schools to cover procurement of perishable items from 20 per cent to 30 per cent, adding that that was expected to relieve the schools of the pressure of spending on some of their needs.

Textbooks
Touching on textbooks, Prof. Opoku-Amankwa said adequate textbooks had been made available to all the schools for use by the students and asked schools that did not have supplies of the four core subjects to contact their respective regional education directors.

He said defaced or misplaced textbooks supplied to students would be replaced by the parents and guardians, explaining that it was the decision arrived by the management of the GES.

“However, students who have defaced or misplaced textbooks should not be denied the textbooks for the next class,” the director-general directed.

Prospectus
Prof. Opoku-Amankwa recalled that last year, together with regional directors and heads of schools, a standardised prospectus was agreed upon for the first-year students.

“It is expected that those standards will guide this year’s admissions as well, and management wishes to encourage all heads of schools and all other school managers to adopt the standardised prospectus for all students,” he stated.