Anick Berghmans was sentenced for her involvement in a bank robbery which targetted a bpost bank with explosives. Credit: © Belga

A former Flemish alderwoman was sentenced to 30 months imprisonment, more than half of it suspended, for her involvement in a bank robbery in which a cash machine was blown up.

A court in Hasselt sentenced Anick Berghmans, a former alderwoman in the city of Lommel for the socialist s.pa party, to 30 months in prison, 24 of them suspended.

The court also stripped Berghmans of her civil rights for four years, meaning that, among other things, she cannot be elected to public office for that period.

Her suspended sentence means that Berghmans will only 6 months of effective prison time, risking the full 30 months if she is convicted for another crime. Prosecutors had originally requested a four-year prison sentence.

Berghmans was accused of assisting bank robbers who blew up a cash machine with explosives by letting them hide their vehicle in a shed by her house after the burglary, according to De Standaard.

Prosecutors said that, in order to erase evidence of her involvement with the robbers, Berghmans “wiped her iPhone, flushed her SIM card down the toilet and reset the device,” according to Het Nieuwsblad.

They said that claims by the former alderwoman that she “knew nothing” and that she had been sleeping while the burglars entered the shed were “not credible.” 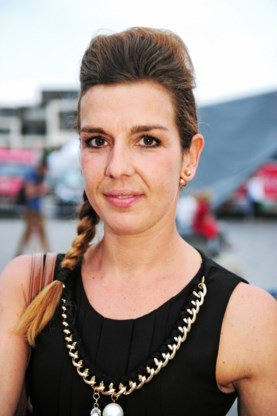 “The gate must have been opened and closed several times that night around 1:00 AM,” prosecutors said, adding that they were likely already familiar with the premises.

A Flemish man, identified as Patje H. was also sentenced to five years on Friday, and three Dutch nationals of between 30 and 56 years old also received sentences of 5, 7 and 8 years.