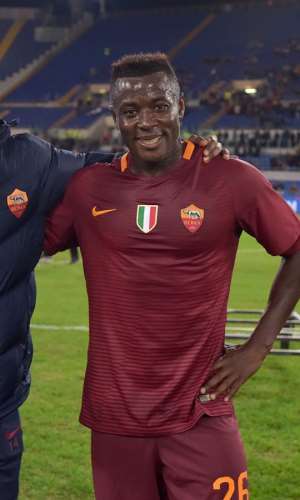 The world of football is mourning the sudden demise of Cameroonian youngster Joseph Bouasse who tragically passed away on the night of May 21 after suffering a cardiac arrest.

The young Cameroonian was part of AS Roma’s Academy in 2016 after being scouted the previous year.

He made his professional debut for Serie B side Vicenza while on loan from Roma in 2017.

Prior to his passing, he played for Romanian club Universitatea Cluj, having signed for them in February.

Tributes flowed freely on social media from friends, football fans and former teammates, including Chelsea’s Antonio Rudiger as well as his former club AS Roma.

Bouasse arrived in Italy at 16 alongside other child refugees from Cameroon, seeking a new life in Europe.

He was signed up by a refugees team in Italy, Liberi Nantes, where Roma scouted him and took him under the Academy wings.